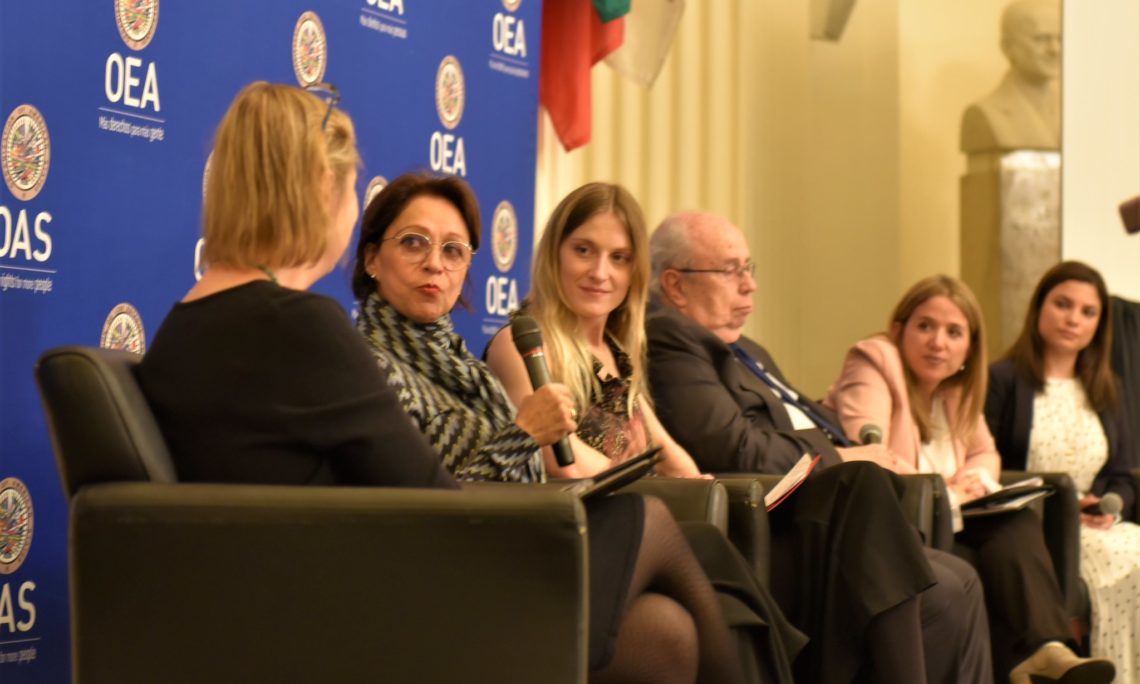 On December 16, 2019, the General Secretariat of the Organization of American States hosted a panel discussion and film screening of Women of the Venezuelan Chaos, a film by Margarita Cardenas in the Hall of the Americas.

Women of the Venezuelan Chaos is a film about five Venezuelan women from diverse backgrounds who draw a portrait of their country as it suffers under the worst crisis in its history amid extreme food and medicine shortages, a broken justice system, and widespread fear. The women share what life is really like for them and their families while the government repeatedly denies the country’s difficulties. Featuring stunning visuals and creative soundscapes, Women of the Venezuelan Chaos presents a uniquely beautiful country and people who remain resilient and resourceful despite the immense challenges they face.

2:30 pm Welcome by Luis Almagro, Secretary General of the OAS
(introduced by U.S. Ambassador to the OAS Carlos Trujillo)