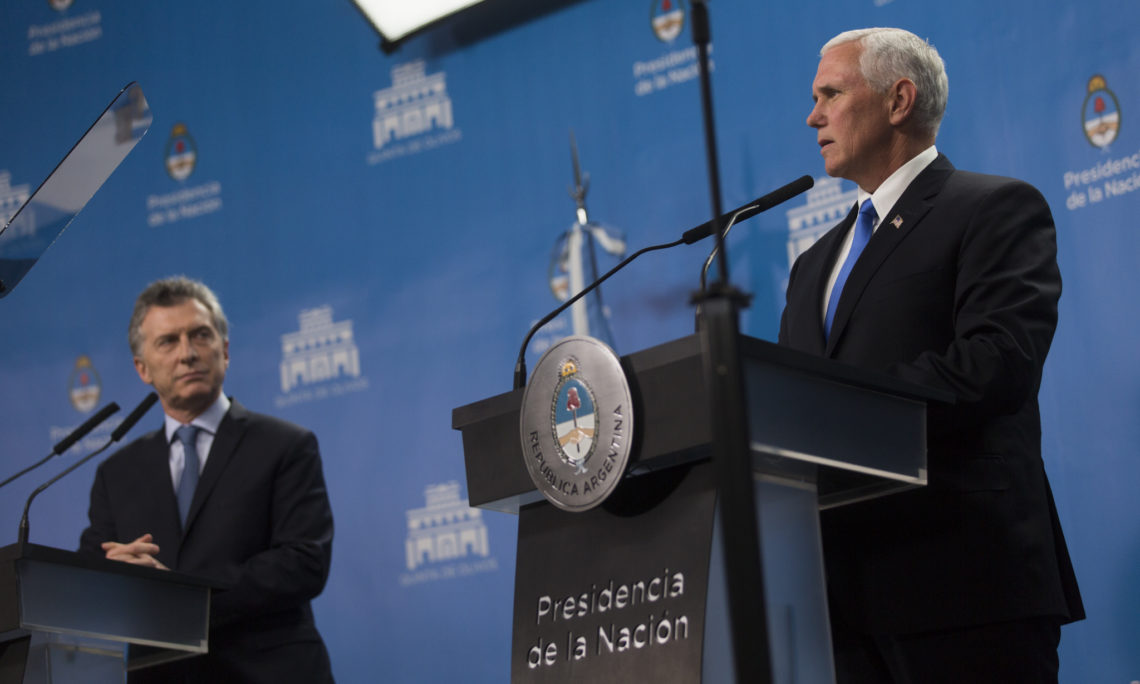 In Buenos Aires, Argentina, Vice President Mike Pence visited the Metropolitan Cathedral to lay a wreath at General San Martin’s tomb and visit their memorial to Holocaust victims. The Vice President then met with Argentine President Mauricio Macri and discussed trade issues, Argentina’s emerging global leadership role, and the deteriorating situation in Venezuela. Speaking at Bolsa de Comercio to Argentine and Latin American business leaders, Vice President Pence talked about how Latin America has come so far in terms of prosperity and security because it shares a commitment to freedom, democracy, and the rule of law. The Vice President and Second Lady Karen Pence ended their visit to Argentina by meeting with embassy staff and their families to thank them for all the work they do on behalf of the American people. Read the Vice President’s remarks and see photos of the visit.