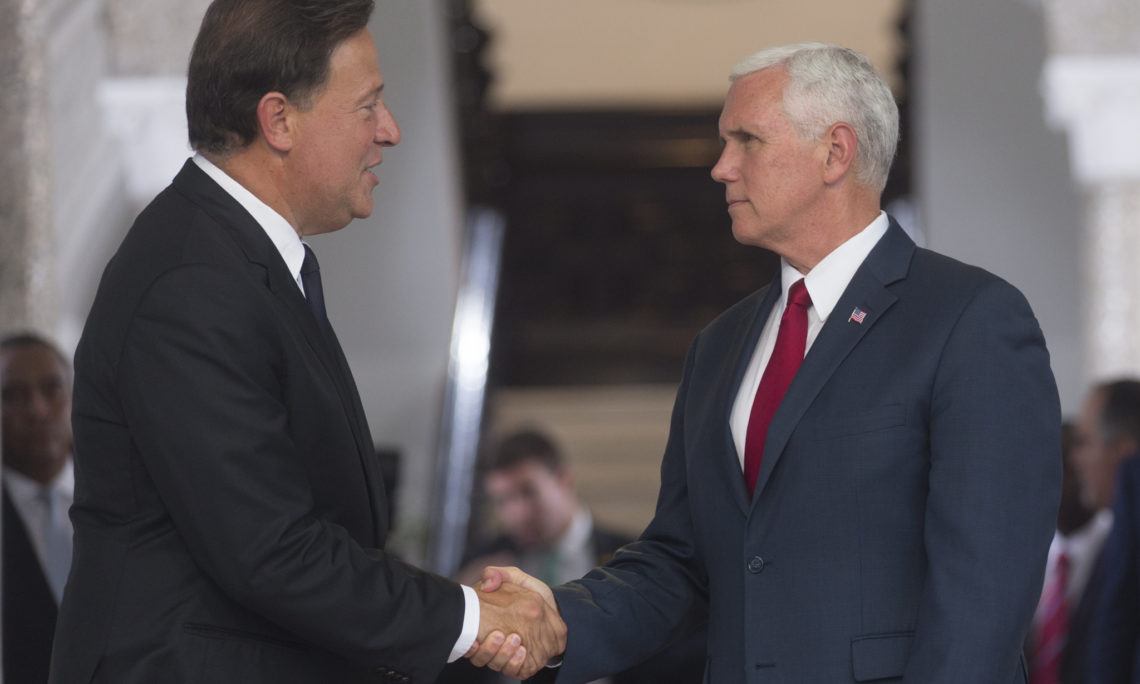 U.S. Vice President Mike Pence, right, and Panama's President Juan Carlos Varela wave to the press at the end of Pence's trip at the presidential palace in Panama City, Thursday, Aug. 17, 2017. Panama is Pence's last stop during his week-long tour of Latin America.