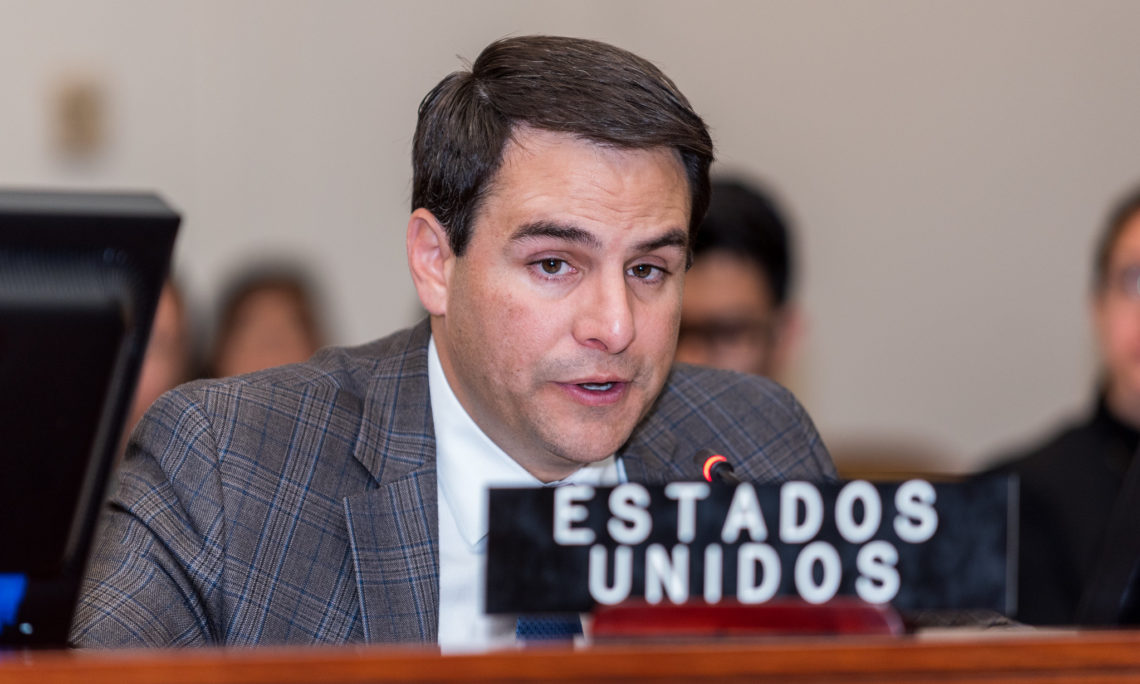 Madam Chair, on behalf of the United States government, I am pleased to announce a new $400,000 contribution from the U.S. Department of State to the OAS to help support the full implementation of the Inter-American Convention Against Corruption.

This new contribution reflects the ongoing U.S. commitment to fighting the scourge of corruption.

It also serves as a call to other member states to join us in realizing our shared commitment to the rule of law – through new and voluntary contributions to the MESICIC, the intergovernmental body that promotes the implementation of the Inter-American Convention against Corruption.

Our joint efforts are critical in assisting all member states in their ongoing struggle against corruption and impunity in the hemisphere.

Madam Chair, the World Bank has identified corruption as “the single greatest obstacle to economic and social development” facing nations around the world. It is estimated that corruption robs developing countries of at least one percent of their gross domestic product each and every year.

It also fosters the creation of bureaucratic barriers to commerce – thus discouraging both trade and investment, so vital to our region’s economic growth and the creation of jobs.

The U.S. is helping combat corruption in the Americas. Our anti-corruption technical assistance to countries in the hemisphere helps to update criminal codes, develop codes of ethics, and form specialized money laundering task forces.

Fortunately, in the OAS we all can work together to tackle this problem. Today’s newest contribution in support of the Inter-American Convention against Corruption further demonstrates the U.S. commitment to the core mandates of the Organization of American States.

We again take this opportunity to urge others to join us in supporting OAS efforts to end impunity in the hemisphere, foster greater transparency, and to root out the scourge of corruption wherever it lurks.