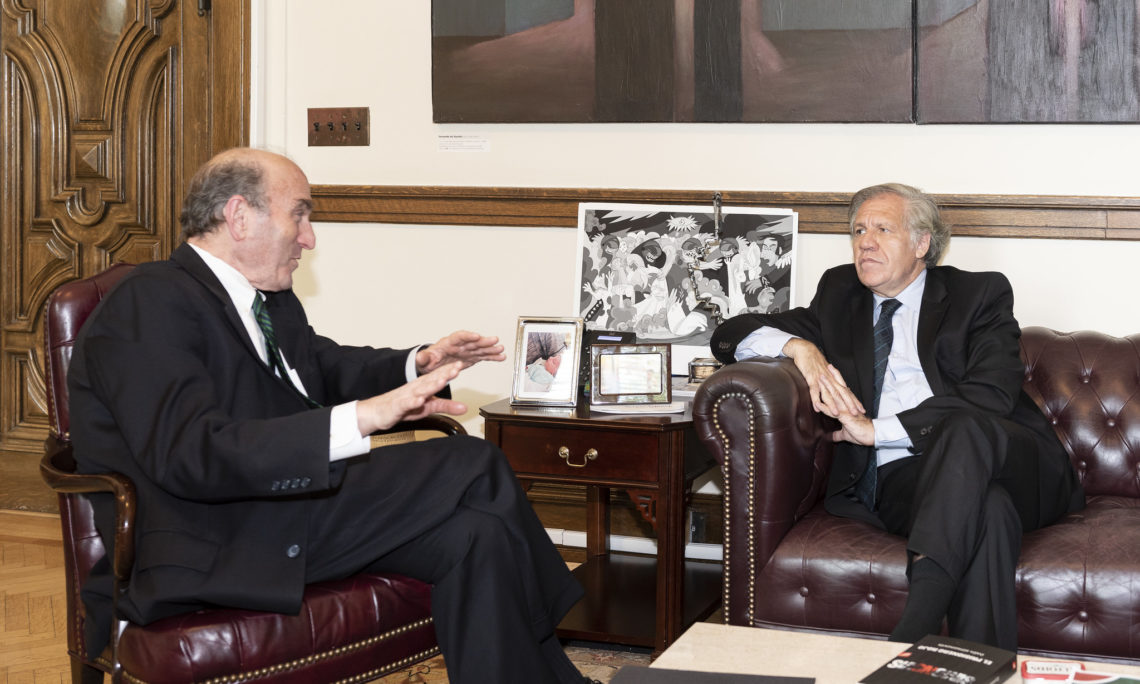 On July 12, 2019 the General Secretariat of the Organization of American States (OAS) hosted a press conference on “International Crimes in Venezuela: Extrajudicial Killings, Torture, Political Prisoners and Forced Displacement,” at the headquarters of the Organization in Washington DC. The event include the participation of:  Secretary General Luis Almagro; United States Special Representative for Venezuela Elliott Abrams; Tamara Suju, Executive Director of the CASLA Institute; and Ivan Simonovis, the former Chief of Citizen Security of the City of Caracas, and former political prisoner.