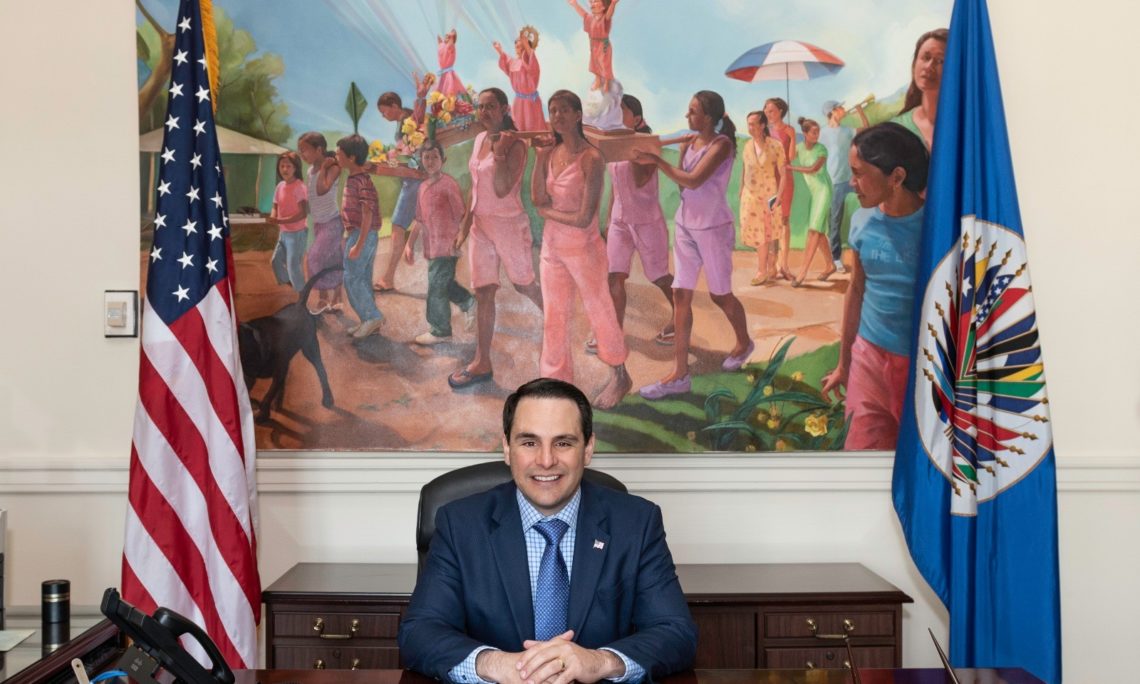 On April 1, 2019, the Permanent Representative of the United States to the Organization of American States (OAS), Carlos Trujillo, assumed the chair of the Permanent Council of the Organization, which rotates every three months.  Ambassador Trujillo called it a “great honor” for his country to hold the position, especially given that it will coincide with the final preparations and the holding of the Organization’s General Assembly, on June 26 – 28 in the Colombian city of Medellín. The U.S. diplomat also reaffirmed the commitment of his country “to continue to build consensus” and “to advance the issues of democracy and human rights across the hemisphere.”  The Permanent Representative of Chile, Hernán Salinas, will serve as Vice Chair of the Council.