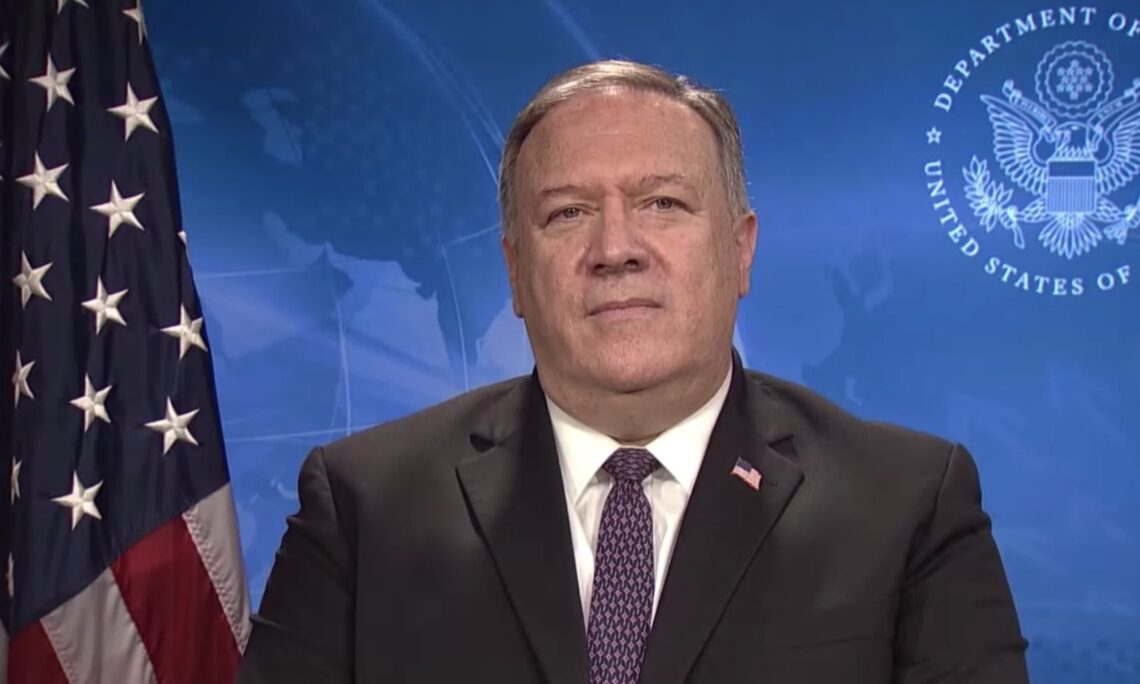 Secretary of State Mike Pompeo addresses the 50th session of the General Assembly of the Organization of American States (OAS), October 20, 2020.

Thank you, Luis, for your outstanding leadership of this organization. In my address to this body back in January, I praised the OAS as an example of “multilateralism that works.” There’s no question that it works because of your bold stand against authoritarianism and for our shared democratic values. It’s especially fitting that you should be guiding the organization as we celebrate its 50th anniversary.

Thank you, also, Minister Henfield for serving as Chair of this 50th Assembly. The U.S. has always valued the Bahamas as a neighbor, partner, and friend, and I’m deeply sorry we couldn’t gather in your beautiful country in person for this momentous Assembly.

I was fortunate to be in Guyana just last month to congratulate President Ali on winning a free and fair election, and I know OAS support was crucial in upholding democracy for the Guyanese people.

But there is more work to do. Our reputation as a Hemisphere of Freedom is being challenged right now in Venezuela, Nicaragua, and Cuba.

The plan of Nicolas Maduro to hold fraudulent elections in December to steal the National Assembly – Venezuela’s last democratic institution – is only the latest abuse of power. Maduro has also used the COVID-19 pandemic to persecute doctors, journalists, and others fighting to tell the truth, in order to increase his control of the Venezuelan people. Two separate UN reports documented that the Maduro regime committed thousands of human rights abuses since 2014. In August of this year, 34 countries declared their joint support for an inclusive transitional government that will lead the country into free and fair presidential and parliamentary elections.

The U.S. expects this body to approve a strong resolution condemning the illegitimate Maduro regime this year, just as we expect all Member states not to recognize its illegitimate elections, past or future.

With regards to Nicaragua, the United States applauds the OAS for confronting the authoritarian regime of President Ortega as he likewise undermines his country’s democracy and violates the Nicaraguan people’s rights to express themselves and to assemble peacefully, even enabling violent attacks on churches.

There also, we expect the OAS General Assembly to approve a resolution condemning the Ortega government’s failure to meet democratic standards. We look to this resolution to demand respect for the human rights of Nicaraguan citizens, and to outline specific electoral reforms that are required for a free and fair election.

Finally, we urge the OAS to take stronger action on Cuba. It’s a source of anti-democratic forces throughout the hemisphere as it props up the Maduro and Ortega regimes, and causes regional instability as a result of its failed political and economic policies.

Friends, as we celebrate 50 years of defending democracy, let’s make it our mission to solidify our reputation as a Hemisphere of Freedom, holding true to our noble charter and effective multilateral collaboration.

Thank you, and God bless the Americas.