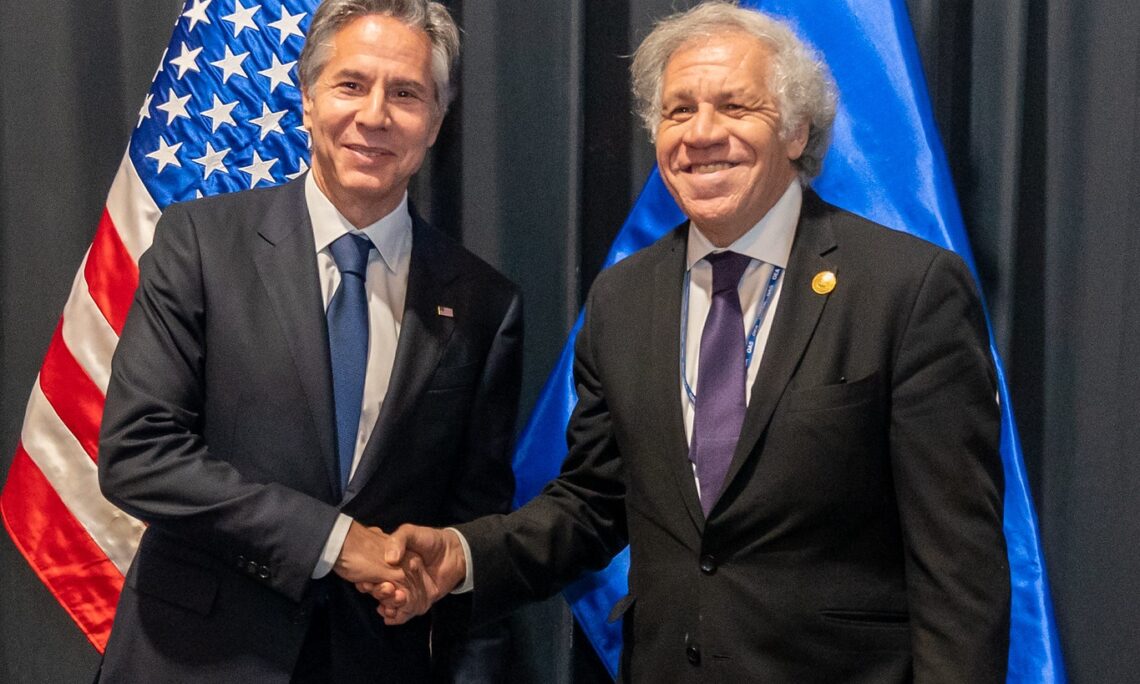 OFFICE OF THE SPOKESPERSON

The below is attributable to Spokesperson Ned Price:

Secretary of State Antony J. Blinken met today with Organization of American States Secretary General Luis Almagro in Lima, Peru on the margins of the 52nd OAS General Assembly. Secretary Blinken expressed U.S. support for Secretary General Almagro’s efforts to promote and defend democracy throughout the region, consistent with the principles articulated in the Inter-American Democratic Charter, and praised OAS Electoral Observation Missions as a critical component. Secretary Blinken pledged continued efforts to combat inequality and racial injustice and to promote social inclusion among all member states of the OAS. He also commended Secretary General Almagro for his leadership in the process of suspending Russia’s Permanent Observer status at the OAS, one of the first multilateral organizations outside of Europe to stand in solidarity with Ukraine.