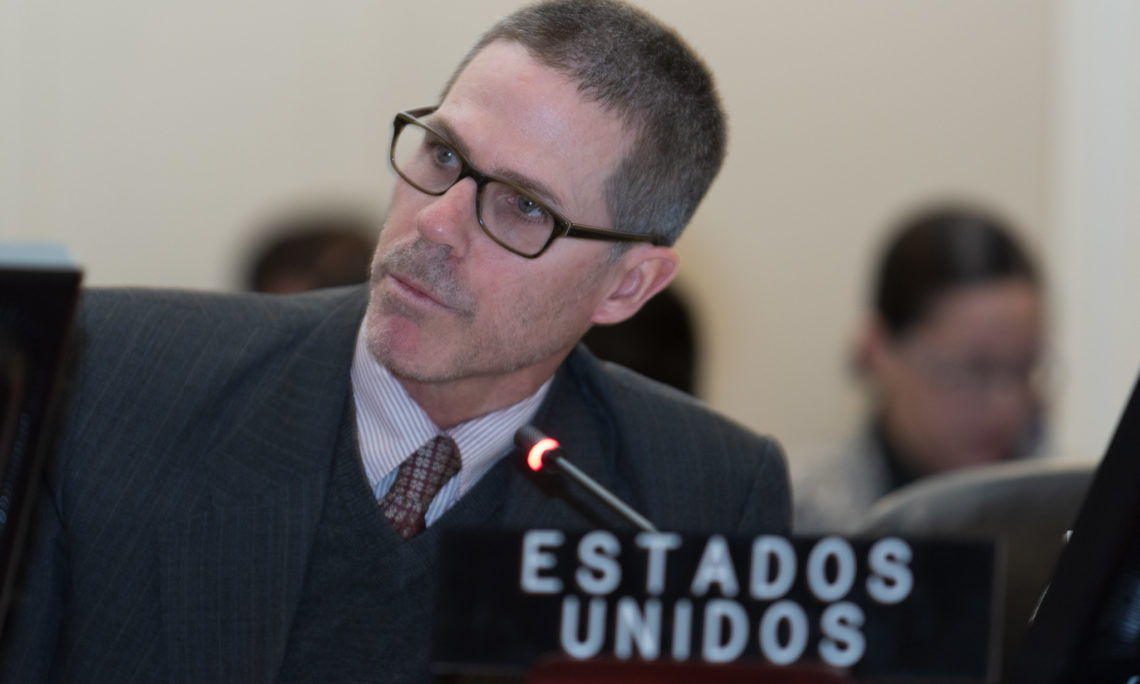 Madam Chair and OAS Ambassadors, the United States is very proud of the role of the OAS in promoting and protecting democracy and free and fair elections throughout the Hemisphere. We strongly believe, as stated in the OAS Charter, that democracy is the foundation of peace and stability in the region.

We are well aware that the OAS has been very busy working on regional democratic issues, but we feel that it is important to raise concerns that we have heard about the upcoming elections in Dominica to the Permanent Council.

Dominica has been a democracy for many years, and the OAS has sent electoral observation missions to these elections. The OAS Missions have issued a number of recommendations, few of which have been implemented. Indeed, at the invitation of the Government of Dominica, just this last August there was a joint special mission by CARICOM, the Commonwealth, and the OAS to Dominica.

The August joint report identified three main areas of concern the government needs to address to ensure that elections are fair, free, and transparent: 1) Removal of deceased persons and ineligible voters from the current electoral list; 2) Issuance of photo identification cards to electors to facilitate more accurate identification at the polls; and 3) Removal from the current electoral list of all diaspora voters who are ineligible to vote by virtue of being out of the country for more than five years. Sadly, the Government of Dominica rejected all of these recommendations.

We recognize that Prime Minister Skerrit has the constitutional right to call elections at anytime. However, we believe that implementing the recommendations would have contributed significantly to the fairness and transparency of the elections that all Dominicans seek, but also reaffirm the OAS’ and international community’s confidence that Dominica wants to ensure that its elections meets the standards of the OAS Democratic Charter and the international norms for organizing and holding elections.

The situation is growing more worrisome. There have been numerous demonstrations throughout the year to raise concerns about the fairness and transparency of elections, and unfortunately there was an outbreak of clashes this week in Dominica.

Madame Chair, we welcome the attention of the OAS member states to appreciate the tense political situation in Dominica surrounding the December 6 elections, and the decision of the Government of Dominica to hold these elections without implementing electoral reforms.