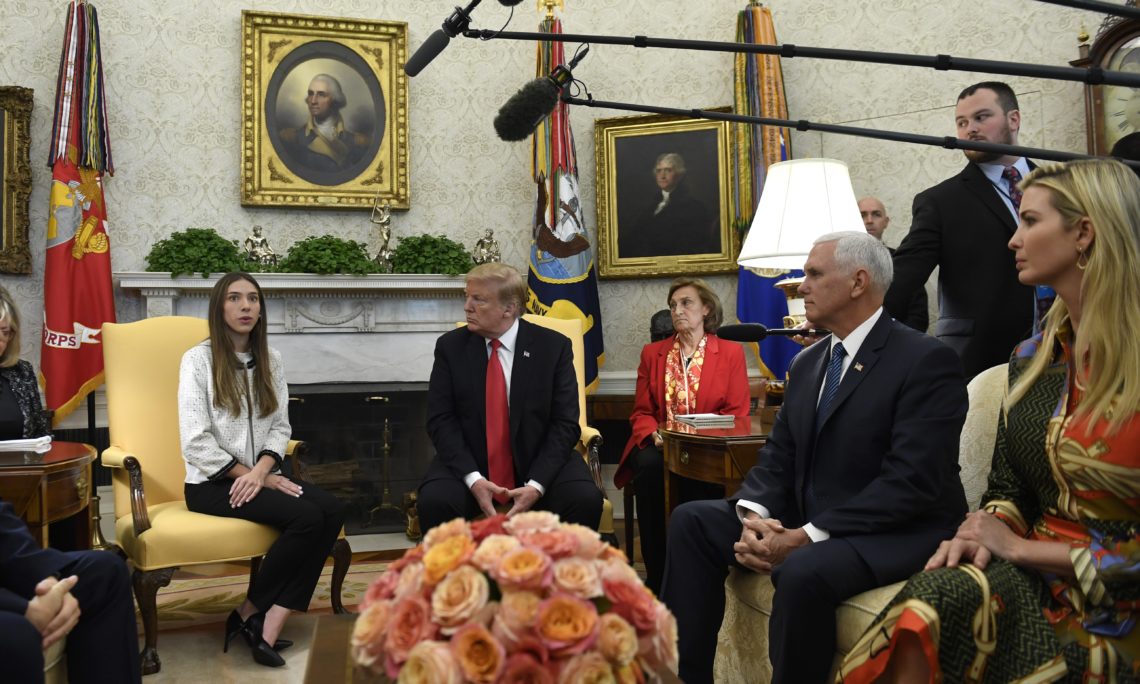 VICE PRESIDENT PENCE:  Well, thank you all for being here.  It’s my great honor to be able to welcome the First Lady of Venezuela here to the White House.  It is extraordinary to see what Fabiana and her courageous husband, Interim President Juan Guaidó, have done for freedom in Venezuela already.

Now, stepping forward, recognized by the National Assembly, Juan Guaidó is the only legitimate President of Venezuela.  And Venezuela is in crisis.  After years of dictatorship and oppression, 9 out of 10 people in Venezuela live in poverty.  Three million people in Venezuela have fled their country under the brutal regime of Nicolás Maduro.

Nicolás Maduro is a dictator with no legitimate claim to power, and it is the policy of the United States of America, at the direction of President Donald Trump, that Nicolás Maduro must go.

And to see, in the days that have followed, the way the Maduro regime has brutalized the opposition, jailed the chief of staff to President Juan Guaidó — literally on the day that humanitarian aid, under President Guaidó’s leadership, was attempted to be brought into the country from Colombia, Nicolás Maduro danced in Caracas while his henchmen murdered civilians and burned medical supplies.

The United States views Russia’s arrival of military planes this weekend as an unwelcome provocation.  We call on Russia today to cease all support of the Maduro regime and stand with Juan Guaidó, stand with nations across this hemisphere and across the world until freedom is restored.

But, to the First Lady of Venezuela, it’s my great honor to welcome you here today, to express the admiration of President Trump, the First Family, our family, and all of the American people for the courage that you have shown and that your husband has shown on behalf of freedom.

And our message, very simply, is that we’re with you, and the United States is going to continue to stand with you, stand with your courageous husband, and stand with freedom-loving people in Venezuela until your libertad is restored.

Eighty percent of the population in Venezuela has no power.  They are trying to break our morale.  They want to submerge us in eternal darkness.  But let me tell you that there is light, and the light is here.