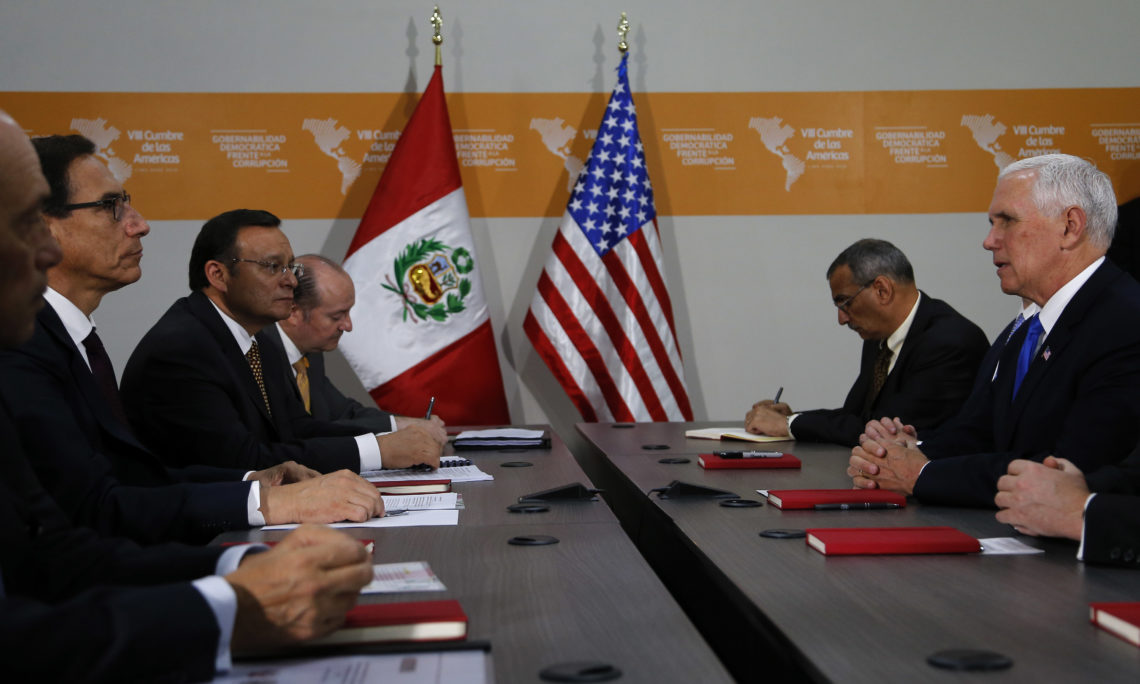 Vice President Mike Pence met today with Peruvian President Martín Vizcarra to discuss the strong partnership between the two countries. Vice President Pence thanked him for hosting the Summit of the Americas in Lima and underscored the need for countries in the region to work together to bring democracy back to the great people of Venezuela.  The two leaders discussed the horrific chemical weapons attack in Syria and the Vice President noted our resolve to deter future attacks. They agreed to stay in touch to strengthen the robust bilateral relationship between our countries.