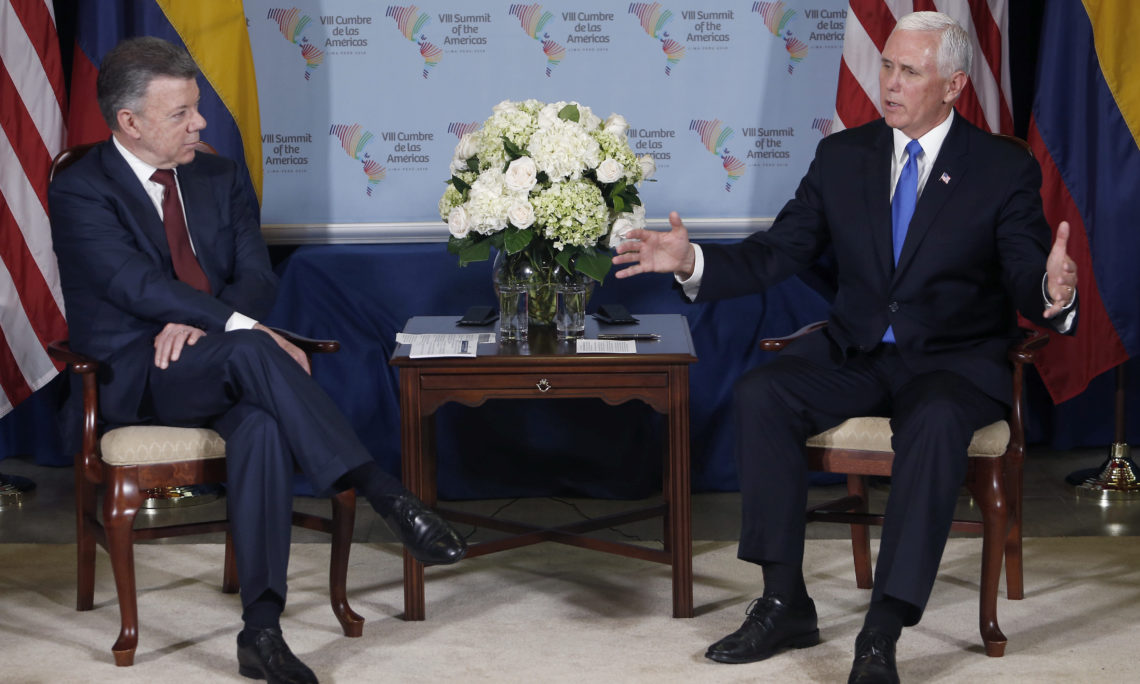 Vice President Mike Pence met today with President Juan Manuel Santos of Colombia to discuss ways to deepen the close friendship and longstanding partnership between the United States and Colombia. Vice President Pence thanked President Santos for recent efforts to curb coca cultivation and cocaine production and noted the need to continue to do more. The two leaders discussed the recent horrific use of chemical weapons in Syria and the Vice President noted the United States’ resolve to deter future attacks. The two leaders also spoke about the final steps that Colombia must take to attain full OECD accession, and had a full discussion about their shared commitment to pressure the Maduro regime to restore democracy to Venezuela.