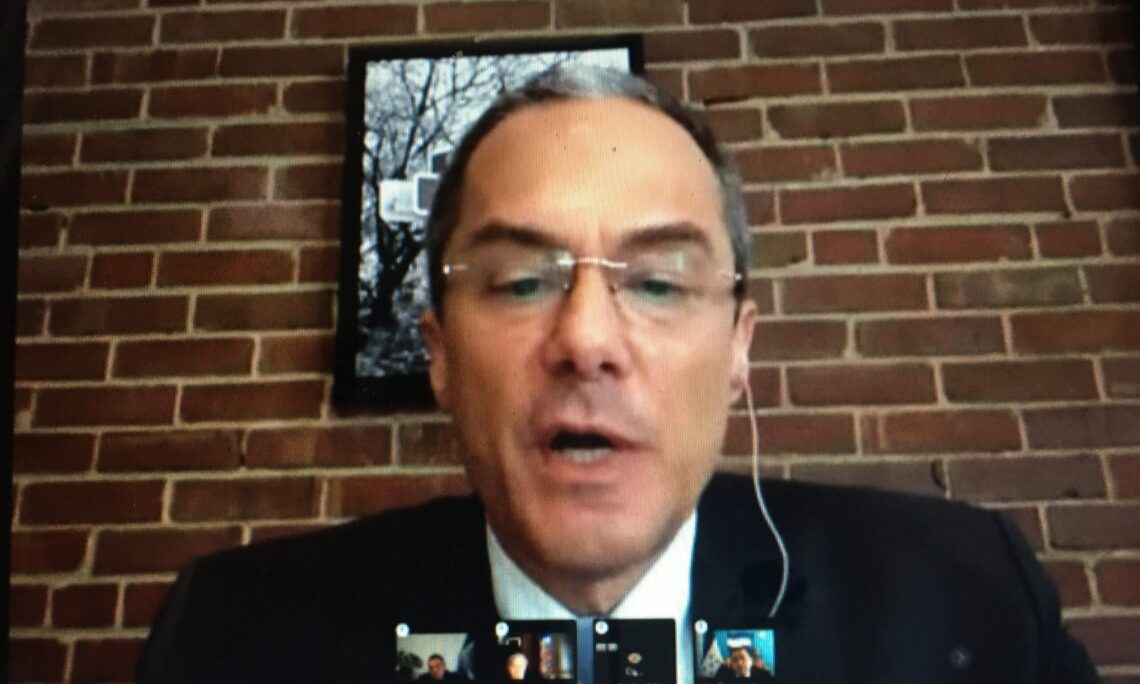 Mr. Chairman, thank you for convening this special session of the Permanent Council. We also commend the Secretary General for his principled and timely request for this session, and for his report today.

Let me begin by noting that the United States has long had high hopes for Guyana . We believe it can – and will — leave behind its history of political strife and come together for the benefit of its people. It was – and hopefully still is — poised to become a regional democratic leader and use its newfound resources to improve the welfare of its citizens.

Instead, we have witnessed over eighteen months of chaos, ever since the December 2018 no-confidence vote in the National Assembly which brought down the Granger administration. The no-confidence vote ushered in a period of political paralysis at a time that Guyanese leaders of all backgrounds could have come together to lay the foundation for a brighter, more prosperous future.

We note that this period generally passed peacefully, and that all parties sought recourse within the Guyanese judicial system. Violence was minimal. We are grateful that disputes were kept in the courtroom and the media, and off the streets.

Periods of political uncertainty are not uncommon in parliamentary democracies. Throughout 2019 and into this year, we remained optimistic that Guyana would resolve its political stalemate promptly and democratically.

But then came the country’s March 2 elections and their aftermath, Mr. Chairman. International observers noted flagrant tabulation irregularities, and unanimously agreed that there was no credible result. The shared concern over these findings is consistent with our region’s collective commitment to uphold and defend the principles articulated in our Inter-American Democratic Charter.

Guyana’s partners in CARICOM agreed as well. A delegation of five Caribbean prime ministers sought to break the impasse in March and even offered to send a recount mission, which President Granger himself supported. But this effort to have a transparent, internationally-supervised recount was stymied in the Guyanese courts.

Perhaps speaking for all of us, Barbados Prime Minister Mia Mottley said it best after this initiative failed: that, and I quote, “there were forces that clearly did not want to see votes recounted.” It also became clear to the international community there were forces that repeatedly refused to accept the will of the people at the ballot box.

Eventually, the Guyanese courts mandated a recount, which both CARICOM and the OAS observed. We were pleased to support the OAS role in this effort. However, Mr. Chairman, the International Republican Institute, which had observed the elections, was barred from entering the country. The Carter Center, with decades of experience and credibility observing elections in Guyana, was similarly barred. The reasons for these actions still remain unclear.

Nevertheless, the recount proceeded and CARICOM and the OAS concluded that the opposition had indeed won Guyana’s national elections.

Guyana’s ruling coalition rejected this result, disputing how the votes were tabulated. The Guyana Election Commission’s Chief Elections Officer submitted reports that baselessly disenfranchised at least a quarter of the electorate, and discounted the recount numbers. More litigation ensued.

Finally, on July 8, over four months after the election, the Caribbean Court of Justice declared that the electoral report submitted by the GECOM CEO was null and void. The GECOM Chairperson ordered him to submit a final election report based on the recount numbers.

But instead of acceding to the GECOM chairperson, rulings of the CCJ and the international community, the CEO three times submitted a report that was not based on the internationally-supervised recount, but on fictitious numbers.

As recently as July 11, the OAS had noted the CEO’s defiance of the GECOM Chairperson by submitting a final report which includes data compiled prior to the national recount. The OAS has clearly stated there can be no justification for this action, and that the CEO acted in bad faith and contrary to the interest of democracy in Guyana.

Mr. Chairman, we fully agree with the OAS’s conclusion : the only democratic solution for Guyana at this time is respect for the results of the national recount. This is fully in keeping with Guyana’s commitments under the Democratic Charter.

Let me be clear — in democracies, leaders step aside when they are voted out of office. That speaks to the importance and strength of institutions, not individuals; and to the power of the people, not those who would usurp their power.

Senior U.S. officials, including the Secretary of State, have made numerous public statements about Guyana since the March elections. We stand with the Guyanese people. Their government must heed their will. Elections must be free, fair, credible and transparent.

Mr. Chairman, Secretary Pompeo has stated time and again there would be consequences for individuals who seek to undermine democracy.

And that is why on July 15 he announced visa restrictions on individuals who are responsible for, or complicit in, undermining democracy in Guyana. These could include members of their families as well.

Our action came after months of warnings and expressions of concern. We do not take it lightly. This measure is intended to send a clear message of the consequences of subverting democracy and the rule of law.

Mr. Chairman, I hope that it is not lost on Guyana’s leaders how swift international support for our actions has been:

This is not an accident – there is no way to minimize how flagrant the actions of Guyana’s leaders have been.

The United States has long said that we have no preference in favor of one or the other party, as long as it is selected through a free, fair and credible electoral process that is credible. This is why the work of the OAS remains so important throughout our region.

It is not too late for Guyana, Mr. Chairman and Mr. Secretary General. We call upon its leadership to honor the results of democratic elections, and ask all sides to work together to develop new mechanisms for inclusive politics and governance. If stalemate continues, however, it will only be the Guyanese people who suffer.

Does Guyana want to have a functioning executive and legislature so it can pass the laws it needs to encourage the development of its people? Or does it want to remain a country whose leaders cannot travel and are subject to sanctions?

These are the choices facing the country today. Our meeting today reflects the severity of Guyana’s predicament, and we hope that it makes the right choice. Thank you very much.