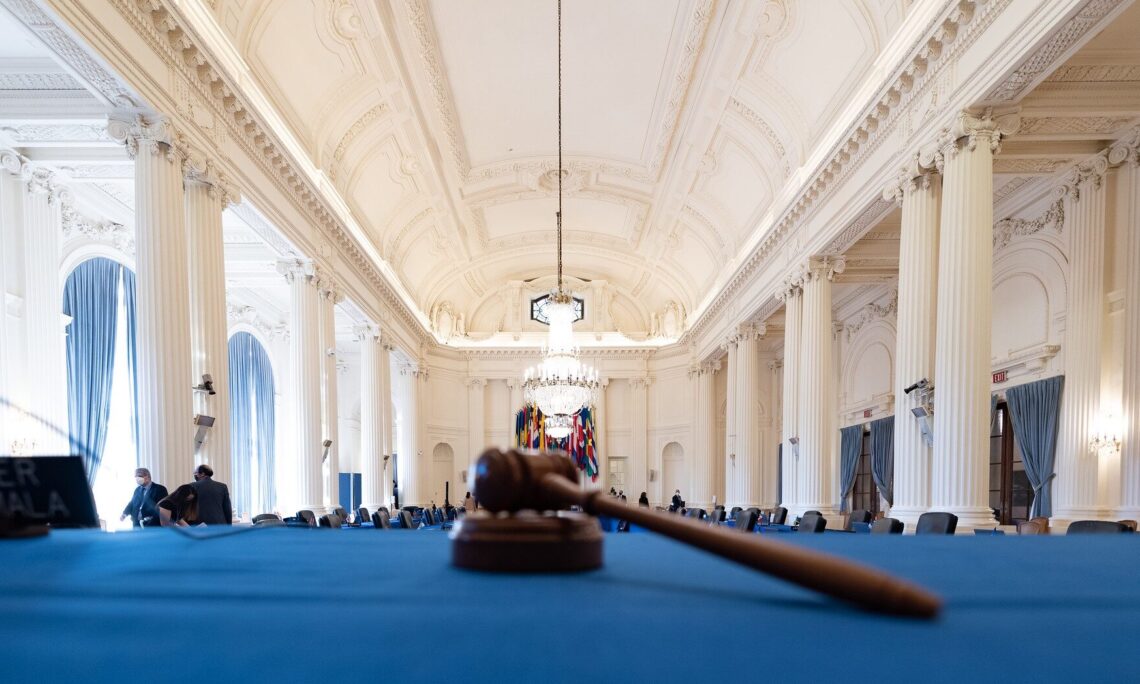 OAS Permanent Council Assesses the Situation in Nicaragua Under the Democratic Charter, November 29, 2021.

It is now undeniable Nicaragua is governed by  a one-party, family dictatorship bent on absolute power.  This regime does not tolerate dissent, as evidenced by the continuing imprisonment of more than 40 opposition figures, including seven potential presidential candidates, and the silencing of independent  political parties well before election day.

Recent independent polls demonstrate that less than 20 percent of the Nicaraguan people support the rule of the Ortega-Murillo family, which nevertheless continues to run Nicaragua as if it were a family enterprise.  They hold no democratic mandate, yet the continue to insist upon their right to rule over the Nicaraguan people.  I fear, unfortunately, that we can only anticipate even more repression going forward.

Following these fraudulent elections, Ortega and Murillo have continued to oppress the Nicaraguan people. They recently revoked the operating licenses of two Evangelical Christian media outlets belonging to a former presidential candidate who criticized the rigged voting procedures.

These moves demonstrate the depths to which the Ortega-Murillo regime will sink to protect its authoritarian dynasty.  In the words of Nicaraguan poet Ruben Dario, “the treacheries of ambition never cease.”

Nicaragua’s actions run completely counter to the Inter-American Democratic Charter.  We, as OAS member states, must keep the spotlight on these abuses of power.  We must speak up and take action on behalf of the Nicaraguan people, who have no voice.

The regime’s announcement that it will begin the two-year withdrawal process from the OAS is nothing but a ruse, designed to buy time in the hope that time will weaken the resolve of member states.

The United States stands in support of self-determination for the Nicaraguan people, and for the rights of any other nation in the hemisphere where popular sovereignty is threatened by the undermining of democratic institutions.

The Inter-American Democratic Charter declares that the peoples of the Americas have a right to democracy, and we must support the Nicaraguan people in their exercise of those rights.

Once again, we call on the Ortega-Murillo regime to immediately and unconditionally release all of those unjustly imprisoned and to commit itself to electoral reform, followed by free and fair elections under international observation.

The United States, along with our partners and friends, will deploy all of the diplomatic and economic instruments at our disposal to support the people of Nicaragua, and to hold accountable the Ortega-Murillo regime