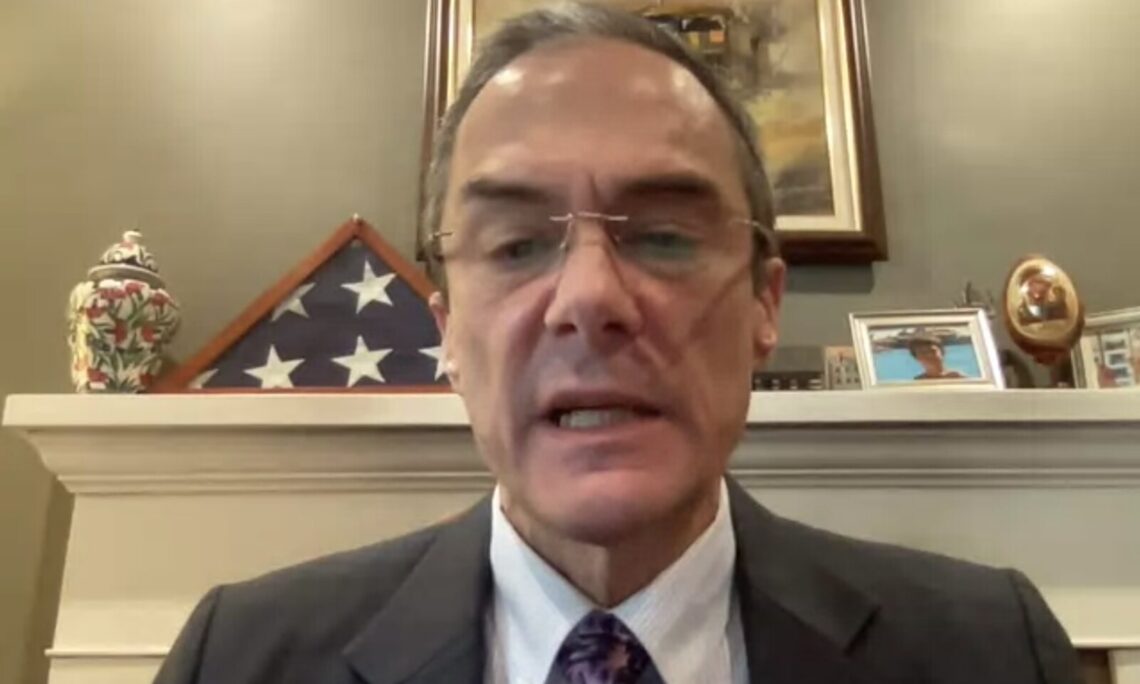 Remarks by
Bradley A. Freden
Interim Permanent Representative of the United States

Madame Chair, Mr. Secretary General: We thank the Secretary General and the IACHR for their reports. It is unfortunate to hear how things have not improved in the country despite growing international concern.

The OAS and OAS Member States have been patient in waiting for the Ortega regime to meet its basic commitments under the Inter-American Democratic Charter – and under the OAS resolution adopted by the OAS General Assembly in October 2020.

This organization has urged the Government of Nicaragua to pursue good faith dialogue with opposition leaders, to restore full respect for human rights, and independence to the country’s democratic institutions. We named a High-Level Commission to seek solutions, which the regime never received, and have also urged the Secretary General and his team to pursue constructive engagement.

However, the Ortega regime refused to take any step that would allow the Nicaragua people to choose their own course through free and fair elections this year.

In fact, the Nicaraguan National Assembly approved on Tuesday, May 4, a new law that clearly represents a step backward for Nicaraguan democracy.

These so-called reforms, which run exactly counter to those called for in the OAS General Assembly’s October 2020 resolution, fail to provide for timely and transparent reporting of results, or for domestic or international election observation. They also codify troubling and vague new grounds for excluding candidates from participating, and give the Nicaraguan National Police the power to prohibit party meetings and campaign events.

Separately, the National Assembly also approved magistrates to the electoral oversight body, the Supreme Electoral Council, all of whom are staunch loyalists of President Ortega. This despite the proposal by democratic opposition parties of a number of Nicaraguan experts with excellent credentials and reputations for rigor and fairness. This new Electoral Council represents another big step in the wrong direction.

With the regime’s recent actions, as well as ongoing repression of human rights, Ortega and his supporters are signaling a disturbing disregard for the will of the Nicaraguan people and for Nicaragua’s commitments under the Inter-American Democratic Charter.

The March 23 UN Human Rights Council resolution, which was adopted with wide support from the international community — including many OAS member states — also calls on the regime to implement genuine electoral reforms and expresses grave concern about human rights violations and abuses in Nicaragua.

The international community, including this body, has clearly expressed its expectation that Nicaragua cease its violations of basic human rights and observe the democratic norms set forth in the IADC.  Yet President Ortega is ignoring the OAS General Assembly resolution to implement necessary electoral reforms by May 2021.

With only a few weeks before the Permanent Council’s deadline for electoral reform, and even with the recent steps backwards, there is still time to undertake meaningful reform measures now.

But if the Ortega regime fails to act, the international community must reinforce the credibility of the OAS and the UN Human Rights Council. We cannot, and will not, be silent as this deadline passes.

We urge the Ortega regime to take concrete actions now to restore democracy by supporting the reforms necessary to allow the conditions for genuinely free and fair elections, including international election observers; and ceasing repression against Nicaraguans calling for democracy.

As we all know, in April 2018, the Ortega regime’s violent repression of peaceful protesters left over 300 people dead. More than 120 political prisoners languish in jails.  We call on the Ortega regime to fully and unconditionally release all arbitrarily detained persons.

The Ortega regime continues to harass and intimidate political opposition members; to send armed thugs onto the street to intimidate peaceful protesters and prevent peaceful assembly; and to curb freedom of expression, including for members of the press.

Since late 2020 the regime has passed several measures through the Sandinista-dominated National Assembly to increase repression of the pro-democracy opposition and independent media.  These laws changed the constitution to target pro-democracy protestors by establishing life sentences for perpetrators of so-called “hate crimes.”

They lay the groundwork to potentially exclude leading opposition figures from participating in November 2021 national elections.  They require numerous pro-democracy and pro-human rights NGOs to register as foreign agents.  These laws allow the regime to criminalize news the regime finds distasteful.  All these actions continue today.

In the face of these actions, it is critical that the Office of the UN High Commissioner for Human Rights and the Inter-American Commission for Human Rights be allowed access to carry-out their work in Nicaragua to promote respect for human rights.

Suffocating civil society, human rights’ organizations, and the free press will not end peaceful dissent. It will isolate the government of President Ortega further from the global community.  Only through full respect for human rights and fundamental freedoms can Nicaragua overcome its political crisis and resume a path towards democracy.

The upcoming elections represent a crucial opportunity to return Nicaragua to full democracy.  If President Ortega wants the international community to support election results in November, he should take steps in the coming days to rebuild confidence at home and abroad that those elections will be genuinely free and fair.

Today, as we all gather to hear the Secretary General’s and the IACHR’s reports, we stress that there is still time for the Ortega regime to act and do the right thing. We are committed to working within the OAS to encourage action.  The OAS, the organization most firmly committed to the defense of democracy in the Western Hemisphere, must support the democratic aspirations of the Nicaraguan people.