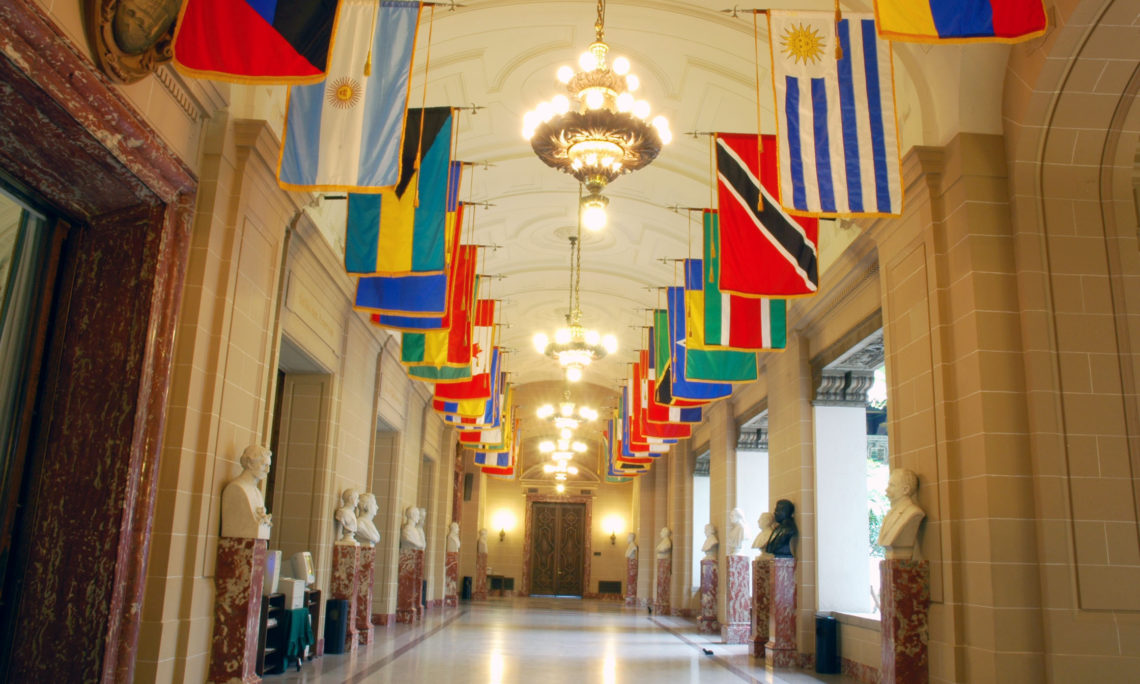 The Hall of Heroes at the headquarters of the Organization of American States (OAS) honors patriots from the countries throughout the region. (OAS Photo)

This week, Vice President Pence will join with leaders in the Pan American region to address corruption and develop strategies to defeat transnational criminal organizations in our hemisphere.  During the eighth Summit of the Americas, the United States will look to strengthen the region’s collective commitment to representative democracy, to government accountability, and to confront threats to freedom.

Tragically, the core tenets of free society have been abandoned in Venezuela and Cuba.  Our hemispheric community of democracies must support the Venezuelan people and their right to have a voice in their government through free, fair, and internationally validated elections.  Furthermore, the United States will not cease in its efforts to secure a future of freedom, peace, and prosperity for the people of Cuba.

Under my Administration, the United States will continue to be a steady, enduring partner to Latin American and Caribbean countries.  The United States will continue bilateral discussions on efforts to disrupt the organized crime organizations and trafficking routes that harm our citizens and drive irregular migration.  My Administration supports ongoing regional security coordination through programs such as the Merida Initiative in Mexico, the Central American Regional Security Initiative, and the Caribbean Basin Security Initiative, as well as regular meetings, including our Strategic Dialogue to Disrupt Transnational Criminal Organizations with Mexico.  At the heart of our engagement is the belief that by working together we can achieve a more prosperous and secure future for our region.

As we observe Pan American Day and Pan American Week, let us capitalize on this momentum and build on our common history with a mutual purpose to achieve hemispheric peace and prosperity.

IN WITNESS WHEREOF, I have hereunto set my hand this twelfth day of April, in the year of our Lord two thousand eighteen, and of the Independence of the United States of America the two hundred and forty-second.