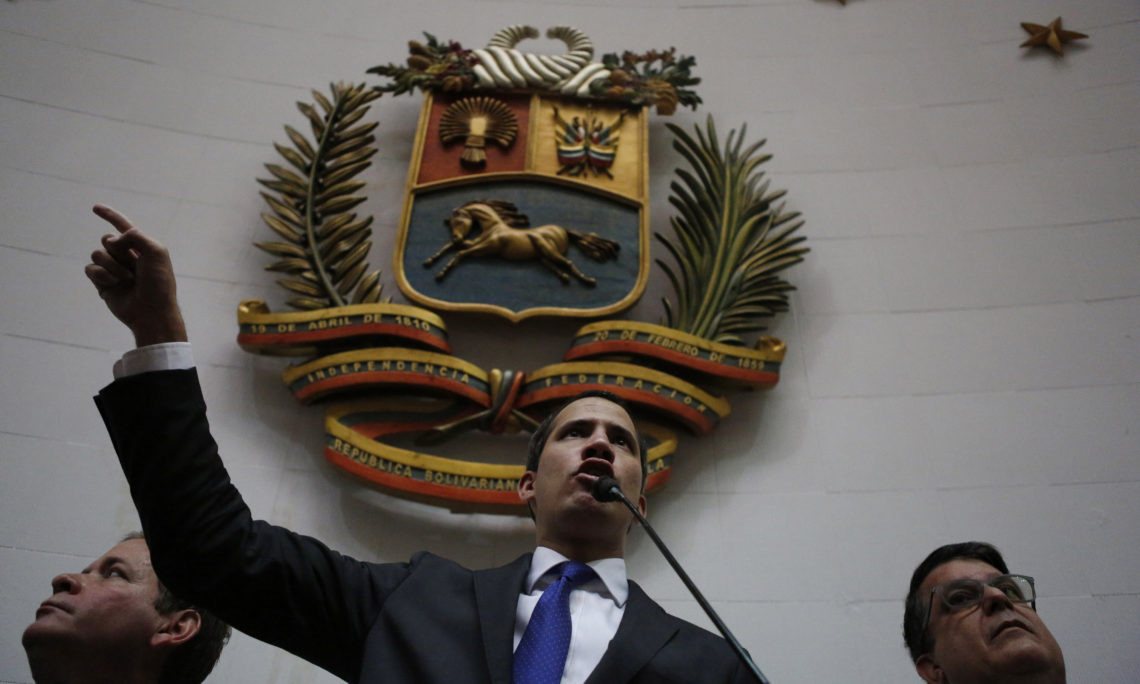 Mr. Chairman, we appreciate the work of various delegations around the table for their commitment to address the ongoing challenge to democratic governance in Venezuela, and for bringing our shared concerns to the attention of the Permanent Council this morning.

We are pleased to recognize in particular the leadership of Venezuela, Colombia, Brazil, Bolivia, Guatemala, Paraguay, Peru, Costa Rica, El Salvador, Chile, Haiti, Honduras and Canada. Each have co-sponsored the important text before us today, and for that I think them.

Colleagues, the deliberate and systematic destruction of democracy in Venezuela remains a challenge and a threat to our hemisphere.

Since the opposition won a parliamentary majority in December 2015, they have sought to silence, delegitimize and ultimately delete Venezuela’s only remaining democratic institution – the National Assembly. These efforts continue to this day, most recently though a direct attempt to bare legitimate members of the National Assembly from performing their elected duty.

Similarly, in her report, the United Nations High Commissioner for Human Rights stressed the lifting of Parliamentary Immunity last fall, and urged access to jailed deputies.

We have been discussing and debating Venezuela in the OAS for years, as the situation in the country has continued to spiral downward and the suffering of the Venezuelan people has deepened and expanded. Meanwhile, some member states continue to argue that the OAS should not take sides, instead encouraging dialogue to reach a political solution.

Any OAS member state that legitimately supports political dialogue in Venezuela must support the resolution tabled today in support of the legitimate government of interim President Guaido and the efforts of the Venezuelan National Assembly. This resolution helps reaffirm our common support for a level playing field and the holding of Free and Fair Presidential and Parliamentary Elections in Venezuela.

Opposing or abstaining on this resolution amounts to expressing de facto support for the illegitimate Maduro regime’s arrests and intimidation of legislative representatives from the only remaining democratic institution in the country.  It is not a vote for political dialogue, it is a vote for dictatorship.

Colleagues, we must reaffirm our support for the brave women and men of Venezuela’s National Assembly in their valiant struggle to keep democratic values and ideals alive in spite of all the obstacles before them. I therefore strongly urge all OAS member states to uphold one of our core values by voting to support the adoption of this important resolution.

REGARDING RECENT EVENTS IN VENEZUELA

(Adopted by the Permanent Council at its special meeting of January 10, 2020)

CONSIDERING that the Charter of the Organization of American States recognizes that representative democracy is indispensable for the stability, peace, and development of the region;

REAFFIRMING the right of the peoples of the Americas to democracy and the obligation of their governments to promote and defend it as reflected in Article 1 of the Inter-American Democratic Charter;

NOTING THAT resolution CP/RES. 1117 (2200/19), adopted on January 10, 2019, resolved: “[t]o not recognize the legitimacy of Nicolas Maduro’s new term as of the 10th of January of 2019,” and called “for new Presidential elections with all necessary guarantees of a free, fair, transparent, and legitimate process to be held at an early date attended by international observers.”

CONSIDERING that the National Assembly is the only democratic institution remaining in Venezuela;

UNDERSCORING that Resolution CP/RES. 1133 (2244/19), adopted by the Permanent Council on August 28, 2019, firmly condemned the grave and systematic violations of human rights in Venezuela, including the use of torture, illegal and arbitrary detentions, extrajudicial executions, forced disappearances and the denial of the most basic rights and necessities, especially those related to health, food, and education.

1. To condemn the use of force and intimidating tactics by the regime of Nicolas Maduro to try to prevent the deputies of the National Assembly from freely accessing the session convened for January 5, 2020 to democratically elect their Governing Board.

2. To welcome the re-election of Juan Guaidó as the President of the Venezuelan National Assembly.