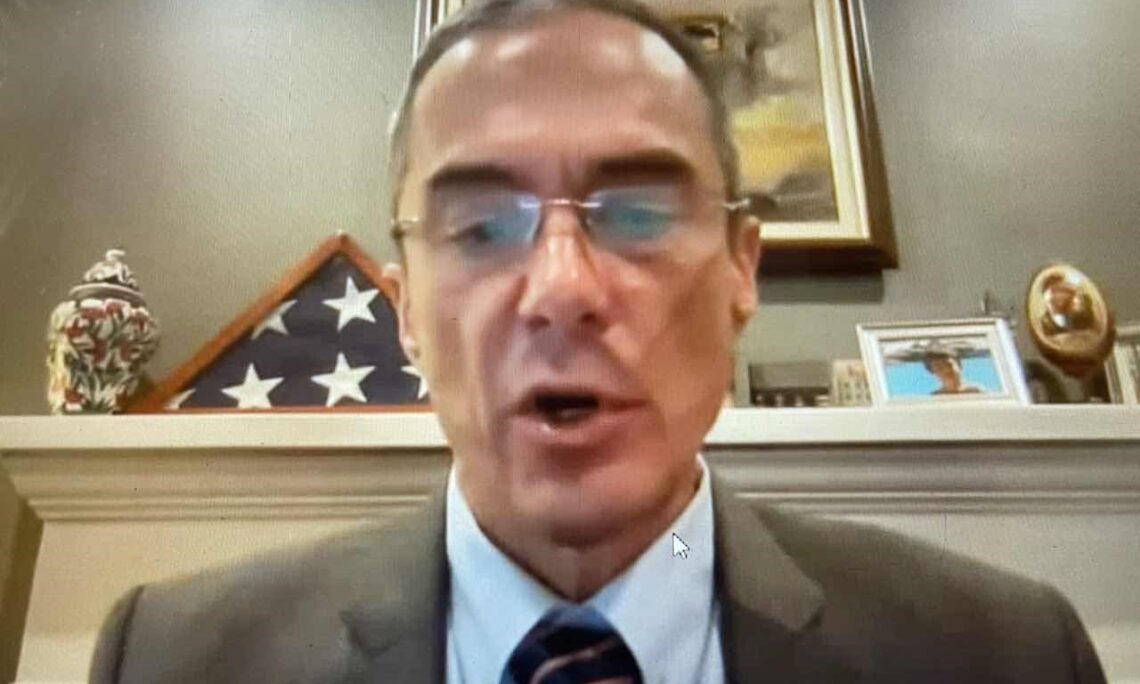 Remarks by
Bradley A. Freden
Interim Permanent Representative of the United States to the OAS
OAS Permanent Council Special Session on Nicaragua
June 15, 2021

Thank you, Chair, Mr. Secretary General.  It is indeed unfortunate that we find ourselves here today, once again, to discuss the situation of Nicaragua, this despite years of good faith offers by the OAS and its Member States to help Nicaragua ensure that its electoral framework would allow the Nicaraguan people to choose their leaders through free and fair elections.

Not only have these offers been rejected, there is an ongoing political crackdown in Nicaragua of a kind that should be unthinkable in this hemisphere, given our longstanding and shared commitment to democracy and human rights.

The men and women whom the regime has taken prisoner are guilty only of organizing to compete in elections, which Daniel Ortega and Rosario Murillo fear they cannot win if they are held freely and fairly, as we at the OAS have repeatedly called for.

And it’s not just politicians from every point on the political spectrum — including nearly all leading presidential candidates — that the Ortega regime is arresting or intimidating.  It’s also private sector and other civil society leaders.  The former president of Nicaragua’s chamber of commerce, Jose Adan Aguerri, is in jail.  Board members and staff members from non-governmental organizations.  Some of Nicaragua’s most respected journalists.  They join the over 120 political prisoners already languishing in Nicaraguan jails.  Many more members of the opposition and independent media are now in hiding or have police stationed outside their homes.

Those detained have been denied visitors and denied the right to their own defense.  Their families take them food and medicine, but don’t know whether their loved ones receive it.  Some of those jailed have not been seen by their families, or anyone else, since they were arrested.  Some of those jailed are elderly, in poor health, or require daily medication.  These alarming facts have been corroborated by international human rights bodies, including the IACHR.

The regime controls all centers of power in Nicaragua including the Executive, the Legislature, the Judiciary, and the Supreme Electoral Council.  They have directed these institutions to approve new, repressive laws to provide seeming “legal cover” for the current war on democracy that they are waging. The OAS Permanent Council, along with many Nicaraguan and international experts, have grave concerns that these new laws deny Nicaraguans’ their basic rights and freedoms.

Fellow OAS Permanent Representatives, the people of Nicaragua could be any of us.  Nicaragua could be my country or your country.  These could be our once–democratic institutions, captured by an unscrupulous leader bent on remaining in power at all costs.  In fact, many of the countries here today have lived through times like these, whether recently or several decades ago.  Dictatorships and authoritarian governments of the Left or of the Right, unified only by their scorn for the rule of law and their international obligations.

These are the times when our voice matters most.  The Ortega regime must be held accountable for attacking and undermining democracy, and the human rights of those attempting to defend democracy in Nicaragua.

The resolution approved today makes clear that Nicaragua’s already inadequate electoral environment has deteriorated still further since the OAS General Assembly passed its resolution last October.  President Ortega has not heeded our patient calls to establish a level and transparent playing field; rather, he has doubled down on repression.  It is clear to all of us that elections without rights — and now without candidates! — are not elections that OAS Member States can consider credible.  Not if we want this organization to be taken seriously.

The OAS must act to insist the Ortega regime meet its basic commitments under the Inter-American Democratic Charter.  We cannot silently allow Daniel Ortega to consolidate another dictatorship in our Hemisphere.  We must stand up for democracy and freedom, values that this organization holds dear, before it is too late.  Today, in passing this resolution, we have drawn a clear line.

The United States condemns these arrests in the most unequivocal terms and holds President Ortega and Vice President Murillo responsible for their safety and well-being.

We repeat our urgent call for the Nicaraguan Government to change course and allow the Nicaraguan people to fully exercise their rights — including the right to freely elect their leaders.

Mr. Chairman, it is essential that our efforts on this matter not end today.  The OAS must remain engaged on this issue.  My government looks forward to working with OAS member states, as well as other democratic governments around the world, to address this breakdown in democratic rule.

THE PERMANENT COUNCIL OF THE ORGANIZATION OF AMERICAN STATES

RECALLING its previous statements, resolutions and mandates, adopted since 2018, in support of the restoration of democratic institutions and respect for human rights in Nicaragua;

EXPRESSING alarm at the recent deterioration of the political climate and human rights situation in Nicaragua, including the misuse of legislation and actions to intimidate and threaten members of the opposition and the press and to restrict political participation; and

CONCLUDING that the measures adopted by the Government of Nicaragua do not meet the conditions for transparent, free and fair elections to which all member states have committed under the Inter-American Democratic Charter, which calls into question the legitimacy of the November elections as presently being organized,

1.To express grave concern with the fact that the Government of Nicaragua has not implemented, as of May 2021, electoral reform measures consistent with applicable international standards to ensure the scheduled November 2021 elections are free and fair.

3.  To strongly urge the Government of Nicaragua to implement without delay legislative and other measures consistent with applicable international standards to promote transparent, free and fair elections in November, including welcoming OAS and other international election observers.

4.  To continue monitoring the electoral process in Nicaragua, for its consideration and possible submission to the General Assembly.