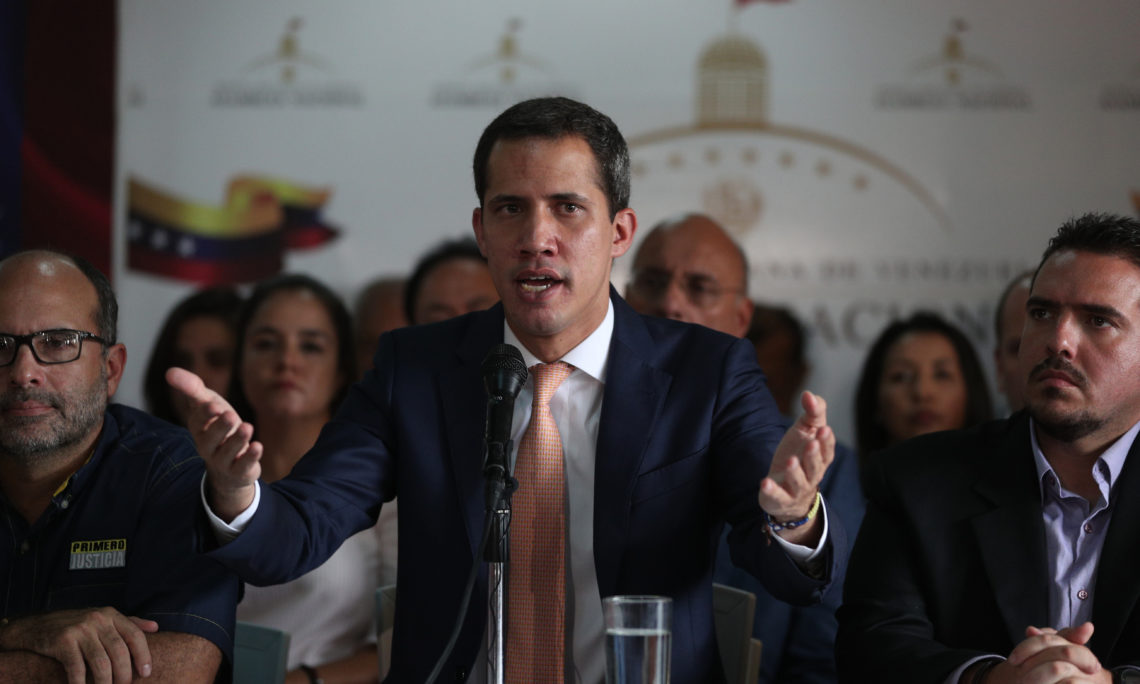 On May 13, 2019, the Permanent Council of the Organization of American States (OAS) approved a resolution rejecting “the violation of the parliamentary immunity of representatives of the National Assembly of Venezuela,” and condemning the arrest of the First Vice President of the National Assembly of Venezuela, Edgar Zambrano Ramírez. The document was approved by consensus during an special meeting at OAS headquarters in Washington, DC, convened at the request of the permanent representation of Venezuela.

Mr. Chairman, thank you for calling this important session, and the United States joins Venezuela and other delegations in condemning this despicable act by the former Maduro regime.

The protection and promotion of democracy is one of the core values of the OAS. As stated in the Inter-American Democratic Charter, “the Organization of American States recognizes that representative democracy is indispensable for the stability, peace, and development of the region, and that one of the purposes of the OAS is to promote and consolidate representative democracy…”

The OAS Permanent Council has repeatedly recognized the Venezuelan National Assembly as the only democratic institution remaining in Venezuela. Our January 10 and April 9 resolutions both underscored “the constitutional authority of the democratically elected National Assembly.”

Moreover, the January 10 resolution condemned “in the strongest possible terms the arbitrary detentions, lack of due process and the violation of other human rights of political prisoners by the Government of Venezuela.”

The resolution further demanded “the immediate and unconditional release of all political prisoners.”

Mr. Chairman, the actions of the former Maduro regime are nothing less than an attack on Venezuela’s democracy. The regime has already conducted fraudulent elections, ignored the OAS decision not to recognize the 2018 Presidential elections, blocked humanitarian aid to their own starving people, arrested interim President Guaido’s chief of staff, and sought to intimidate President Guaido and Guaido aligned members of the National Assembly by claiming to strip them of their parliamentary immunity.

The arrest of National Assembly First Vice President Edgar Zambrano is yet another step to installing a dictatorship in our Hemisphere. Secretary Pompeo makes the position of the United States crystal clear:

The arbitrary arrest of Edgar Zambrano, First Vice President of Venezuela’s National Assembly, is an unacceptable and illegal act that is yet another reflection of the repression of the former Maduro regime. This is an attack on the independence of the nation’s democratically elected legislative branch and is part of the Maduro regime’s continued attempts to crush dissent and free debate in Venezuela.

This assault on the National Assembly should serve as a clarion call to the region and the world that the dictatorship is not interested in constitutional solutions to the Venezuelan people’s problems.

Zambrano must be released immediately.

Colleagues, this is a time for the OAS must make a stand. Our core values of democracy and human rights are threatened by a criminal former regime. The decision by more than 50 countries to recognize interim President Guaido, and our decision to seat the Guaido representative in the OAS Permanent Council, have been rejected.

Mr. Chairman, the former Maduro regime is trying to destroy the last vestiges of democracy in Venezuela and replace it with an iron dictatorship. We urge all OAS Member States to follow the Lima Group, the UN High Commissioner for Human Rights in condemning the arrest, and demanding the immediate and unconditional release of Roberto Merrero, Edgar Zambrano and all political prisoners. Thank y

VIOLATION OF PARLIAMENTARY IMMUNITY IN VENEZUELA

(Adopted by the Permanent Council at its special meeting of May 13, 2019)

RECALLING that representative democracy is an essential precondition for the stability, peace and development of the region, in accordance with the Charter of the Organization of American States (OAS) and the Inter-American Democratic Charter;

BEARING IN MIND that parliamentary immunity is a prerogative established in the Venezuelan Constitution that ensures the free exercise of parliamentary debate and prevents external pressures from impeding the effective work of representation of the people;

RECALLING that the political situation in Venezuela has been a subject of continual concern for the OAS, which has repeatedly issued statements in defense of the rule of law, upholding democratic order and human rights, as well as the guarantee of due process, and

1. To reject the violation of the parliamentary immunity of representatives of the National Assembly of Venezuela, legitimately constituted by popular ballot, inasmuch as it violates the rule of law and the separation of powers.

2. To condemn the arrest of the First Vice President of the National Assembly, Edgar Zambrano Ramírez, and to demand his immediate release, and a halt to the persecution and harassment of unduly prosecuted representatives, and to demand guarantees for the protection of their physical safety and that of their families.