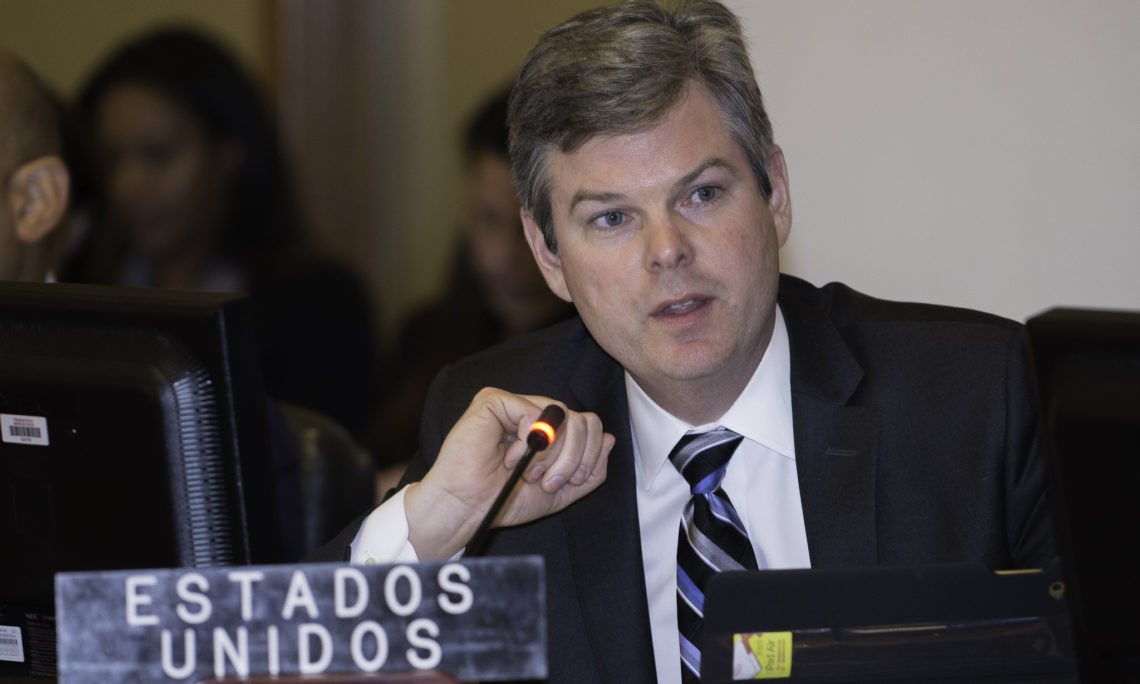 Acting under the Inter-American Democratic Charter, on April 3, 2017 the OAS Permanent Council adopted a resolution expressing grave concern regarding the unconstitutional alteration of the democratic order in Venezuela and calling for its full restoration.  Following is the full text of the measure.

RESOLUTION ON THE RECENT EVENTS IN VENEZUELA

(Adopted by the Permanent Council at its session held on April 3, 2017)

REITERATING the principles and recalling the mechanisms established in the Charter of the Organization of American States and the Inter-American Democratic Charter on the strengthening and preservation of the democratic institutional system in member states;

REAFFIRMING that the promotion and protection of human rights and fundamental freedoms are a basic prerequisite for the existence of a democratic society;

REAFFIRMING also that separation of powers and independence of the branches of government are essential elements of representative democracy;

EXPRESSING our grave concern regarding the unconstitutional alteration of the democratic order in the Bolivarian Republic of Venezuela and our continuous support for dialogue and negotiation to lead to a peaceful restoration of democratic order,