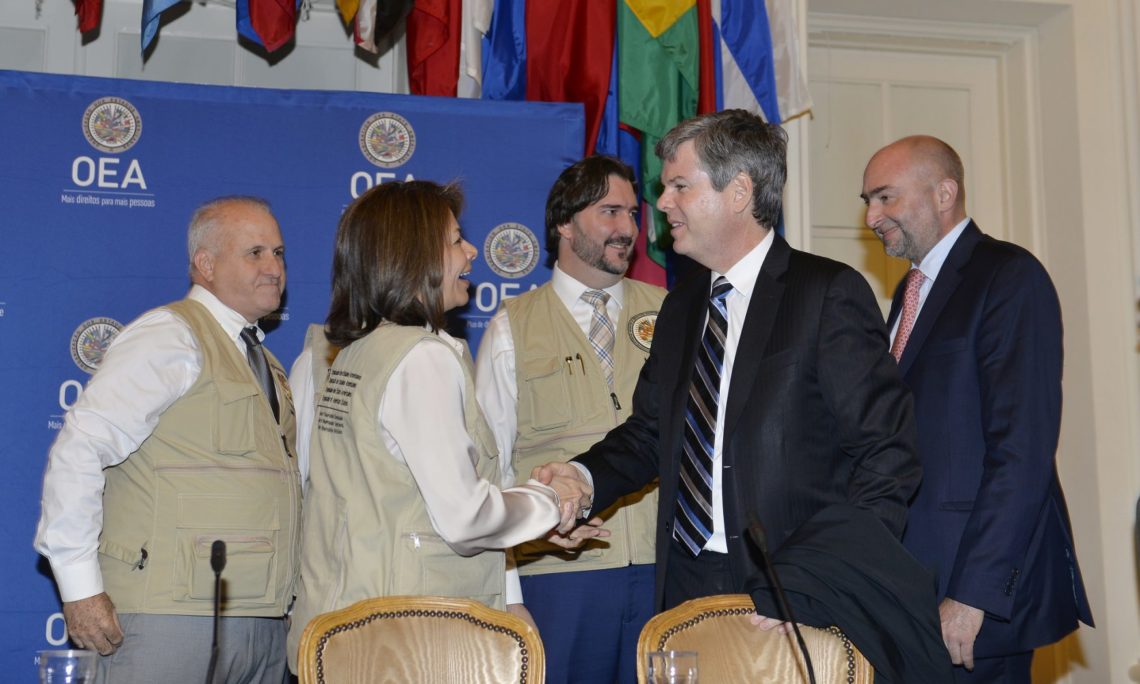 On November 9, 2016, the OAS electoral observation mission to the 2016 elections in the United States released its preliminary report highlighting the institutional strength of the U.S. system and the legacy of democracy and freedom.  Former President of Costa Rica Laura Chinchilla, who served as Chief of Mission, delivered the report at a press conference at OAS headquarters in Washington, D.C.  Read the full text of the report.