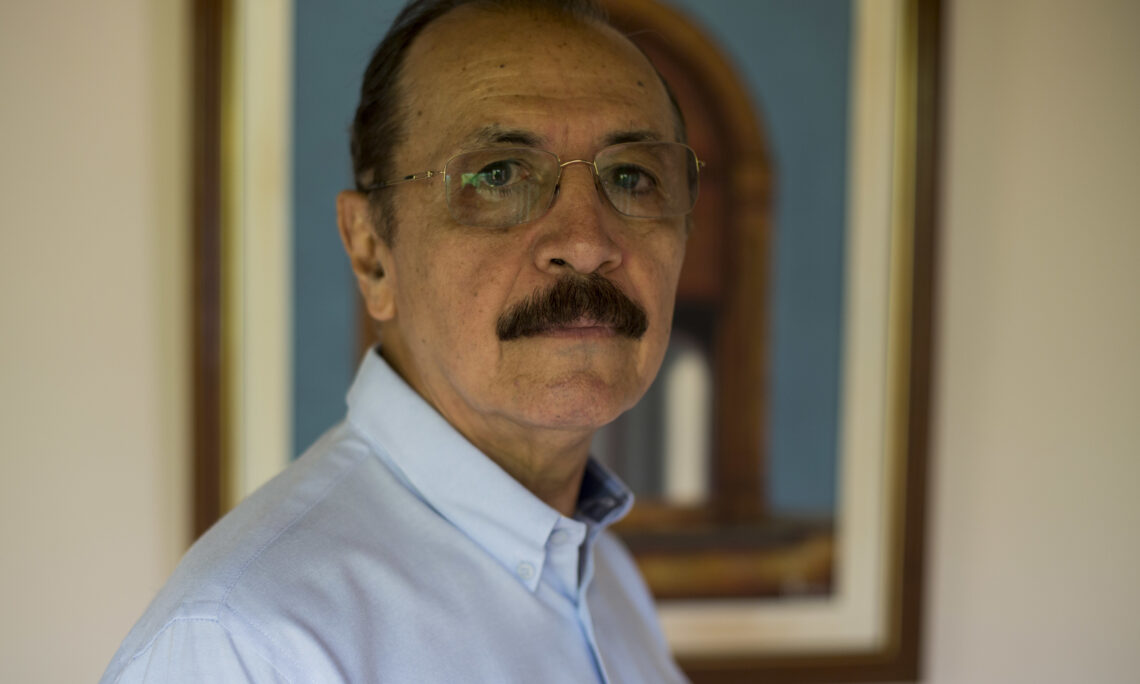 Retired Sandinista Gen. Hugo, a former guerrilla leader and opposition politician died in political prison at the age of 73, relatives said Saturday, Feb. 12, 2022. Torres was the first of a large group of opposition leaders rounded up in a 2021 crackdown by the Ortega-Murillo regime in Nicaragua.

Thank you, Chair.  The United States is pleased to join the statement read on behalf of 26 OAS member states.  The presentations today are a grave reminder that the circumstances in Nicaragua are only getting worse by the day, to the point where Ortega’s repression has claimed the life of longtime Nicaraguan leader Hugo Torres, whose life and legacy the United States honors today.

Torres, who was 73 years old, died as a direct result of his unjust and abusive imprisonment by the Ortega-Murillo regime.   This is devastating for his family and for the morale of those still imprisoned in Nicaraguan for the so-called crime of peacefully expressing their opinions.  I could not help but be reminded of the Arthur Koestler’s most famous novel, Darkness at Noon, an early and powerful critique of totalitarianism.

“Its hero is an aging revolutionary, imprisoned and psychologically tortured by the Party to which he has dedicated his life.  As the pressure to confess preposterous crimes increases, he re-lives a career that embodies the terribleironies and human betrayals of a totalitarian movement masking itself as an instrument of deliverance.”

Colleagues, we cannot allow this to continue in the Americas, and we call on all OAS member states to urge, once again, the regime to immediately release all political prisoners.

The continued detention of prisoners under these conditions is unconscionable.  Any reasonable country can see that this cannot continue if this Organization is to stand for any of the principles on which it was founded.

The political prisoners standing trial behind closed doors were prosecuted for the simple reason that they disagreed with their government.  The Ortega-Murillo regime jailed these brave men and women for wanting nothing more – and demanding nothing less – than democracy, justice, and respect for human rights.

Laws enacted during the runup to the sham elections last November further intimidated an already downtrodden civil society and aimed to prevent political candidates not aligned with the regime from ever again running for office.  These draconian laws entrench the already endemic corruption and impunity rampant in Nicaragua.

Using vague charges like “conspiracy to undermine national integrity,” the Ortega-Murillo regime intends to continue locking up peaceful defenders of human rights and democracy for years to come, eliminating all those who are perceived as challenging its dictatorship.

Despite the regime’s stated intent to conduct “oral and public” trials, riot police surround the judicial complex and prevent families from entering the courtroom.  Behind closed doors and without any semblance of due process, regime-controlled prosecutors and judges will ensure outcomes that best suit the interests of the Ortega-Murillo family.  These Stalinist show trials seem intended to terrorize and discourage other Nicaraguans from exercising their rights.

Chair, Colleagues, the United States stands with the Nicaraguan people and we join with OAS member states today to urge a return to democracy and full respect for human rights in Nicaragua.  This must begin with the immediate and unconditional release of political prisoners.

We must continue, in this body, to demand justice and accountability  not only because it is the right thing to do but because the founding principles of this Organization demand it.

Declaration on the Immediate Release of Political Prisoners in Nicaragua

by the following member states of the Organization of American States at a Special Meeting of the Permanent Council on Friday, February 18, 2022:

We, the member states of the Organization of American States (OAS) that make this declaration in the Permanent Council, know that all the nations of our hemisphere strongly uphold the human rights of all our peoples, particularly the rights to life, liberty and security of the person, and that no one should be subjected to cruel, inhumane, or degrading punishment or treatment.

These rights are enshrined in the Universal Declaration of Human Rights and the American Convention on Human Rights.

We are deeply disturbed by the death in Nicaragua on February 12 of Hugo Torres, a political prisoner detained, since his arrest last June, in inhumane conditions, like so many others who are being imprisoned for their political views. The circumstances of his arrest and his untimely death are a painful injustice to him and his bereaved family, and an affront to the values to which our nations subscribe.

We recall that this Permanent Council recognized, on several occasions through its resolutions adopted since June 2018, the grave and deteriorating conditions of human rights in Nicaragua and continuously offered assistance to help remedy the situation despite being rebuffed by the Government.

As recently as December 8, this Council called for the immediate release of all political prisoners being held in Nicaragua.

When OAS members adopted the Inter-American Democratic Charter in 2001, they agreed that democracy is indispensable for the stability, peace, and development of our region and committed to work together to defend democracy wherever its fundamental values and principles have collapsed.

The situation in Nicaragua is a challenge to these values and principles. Our organization, and we the member states of the OAS, cannot be complacent by inaction.

None of us can stand silent in the face of the unfolding tragedy in Nicaragua, where human suffering is escalating as the political, civil and human rights, which all our nations hold dear, are being ignored, eroded and violated.

We regard the continuing detention of political prisoners as a serious infringement of the common values to which all member states of the OAS have declared their adherence.

Together, we raise our voices in solidarity with the people of Nicaragua, with the victims of human rights abuses, and with the members of their families, in reiterating our strong conviction that all political prisoners in Nicaragua must be released immediately.