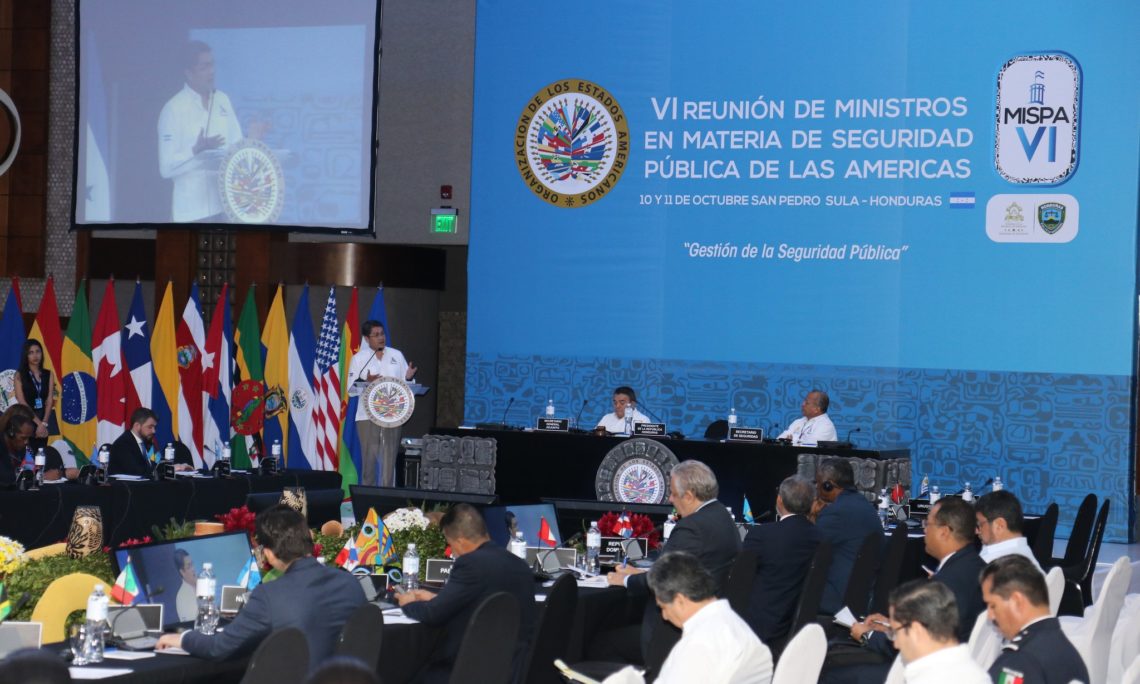 The Sixth Meeting of Ministers Responsible for Public Security in the Americas (MISPA VI), was held within the framework of the Organization of American States (OAS), in San Pedro Sula, Honduras, on October 10 – 11, 2017. The hemispheric meeting sought through its debates and resolutions to identify collective solutions to improve, modernize and professionalize the management of public security in the region.

The meeting, organized by the Secretariat for Security of Honduras and the OAS, that serves as the technical secretariat of the MISPA process, was inaugurated by the President of Honduras, Juan Orlando Hernández, and the OAS Assistant Secretary General, Néstor Mendez.

Given that citizen insecurity is one of the priority concerns of the region, the MISPA VI meeting aimed to promote the exchange of ideas and experiences in the area of public security management, through the promotion of long-term public policies that are comprehensive and with full respect for human rights.

The two-day event was divided into panels where the authorities presented perspectives and comments on a range of issues, including:

· Designing and Implementing Information and Knowledge Systems for Better Public Security Management, and,