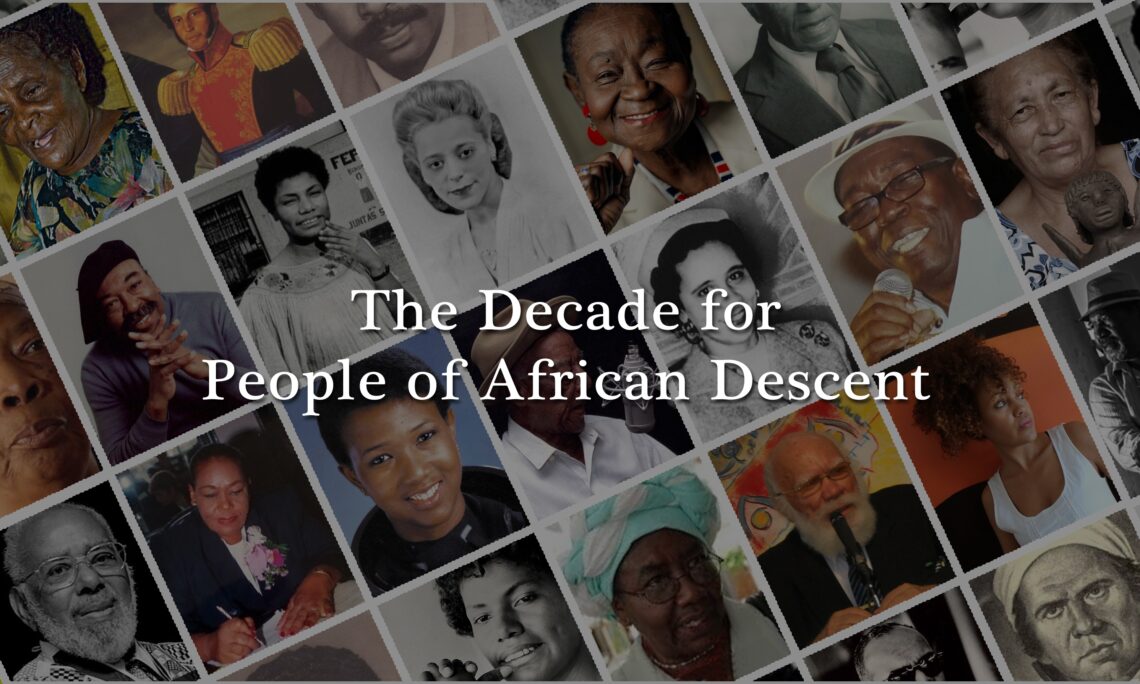 I would like to first congratulate you, Madam Chair, Assistant Secretary General Nestor Mendez,and the OAS Secretariat for organizing this important week, despite all the challenges as we continue to face a global pandemic.

My delegation would also like to thank today’s panelists for their presentations.

I will start by observing that there is no greater blemish on the history of the United States of America than that of slavery.  It has been called “our original sin.”  The United States has never fully lived up to the founding principles of this nation that all people are created equal and have the right to be treated equally throughout their lives.  We know that it is long past time to confront deep racial inequities and the systemic racism that continue to plague our nation.

The United States fully recognizes the enduring impact of the wounds of slavery, and, collectively, we must strive to heal them.  We are a multicultural society, and one of the best ways for us to honor those who were enslaved is to spread awareness of their struggle, recognize the contributions made by people of African descent to build and develop this country, and to celebrate the culture and traditions of the African Diaspora in the United States and elsewhere in the hemisphere.

The story of transatlantic slavery, the struggle for its abolition, which led to the bloodiest war in our history ; and the violence and injustice that continued long after the end of our Civil War, are painfully woven into the fabric of our nation.  Thankfully, the same can be said about heroes such as Harriet Tubman,  Frederick Douglas,  Rosa Parks,  Dr. Martin Luther King, Jr., Supreme Court Justice Thurgood Marshall; and now Vice President Kamala Harris.

As King said, injustice anywhere is a threat to justice everywhere. Similarly, injustice committed in the past against the dignity of enslaved persons and indigenous peoples — and the discrimination that people of African and indigenous descent still face today —  remain an injustice against all people.

A knee to the neck opened the eyes of millions of Americans and launched a summer of protest and stirred the nation’s conscience.  Countries around the world watched as these protests unfolded in cities across the United States.

Last month, President Biden called on the American people to honor the history and achievements of Black Americans and to reflect on the centuries of struggle that have brought us to this time of reckoning, redemption, and hope.

Under the Biden-Harris Administration, the United States is committed to finishing the work left undone by its predecessors and fulfilling the promise of America forall Americans, including especially Black Americans other minority communities, who have too long been denied their full legal, political, and economic rights.

We bring to our work a seriousness of purpose and urgency to advance racial justice and equity across the board,in health care, education, housing, employment, and the environment, in our justice system, and in our electoral process.

In the first 60 days, the President has made this a priority: from redressing racial discrimination in housing, to ending private prisons that imprison young black and brown men, to respecting the sovereignty of Native American tribes, to combatting xenophobia and discrimination against Asians, Asian Americans, and Pacific Islanders.

The Biden-Harris Administration also recognizes how the COVID-19 pandemic and economic crisis has been disproportionately damaging to members of racial and ethnic minorities, and it has taken numerous steps to support these communities in the face of adversity. . To be clear, this is just the beginning. Ending racial discrimination, particularly in our criminal justice system, will be an ongoing top priority for the President, and for the entire Biden-Harris Administration.

We ask that other countries join us. We must all work to combat racism and eliminate discrimination in our societies.  In the United States – to again paraphrase the words of Dr. Martin Luther King, Jr. — we believe that success should be defined by the content of one’s character, not the color of one’s skin.

Today, we honor the sacrifices others have made for equality and we stand together to protect the rights of all.

The United States looks forward to continued engagement with hemispheric partners to find solutions to our common challenges.