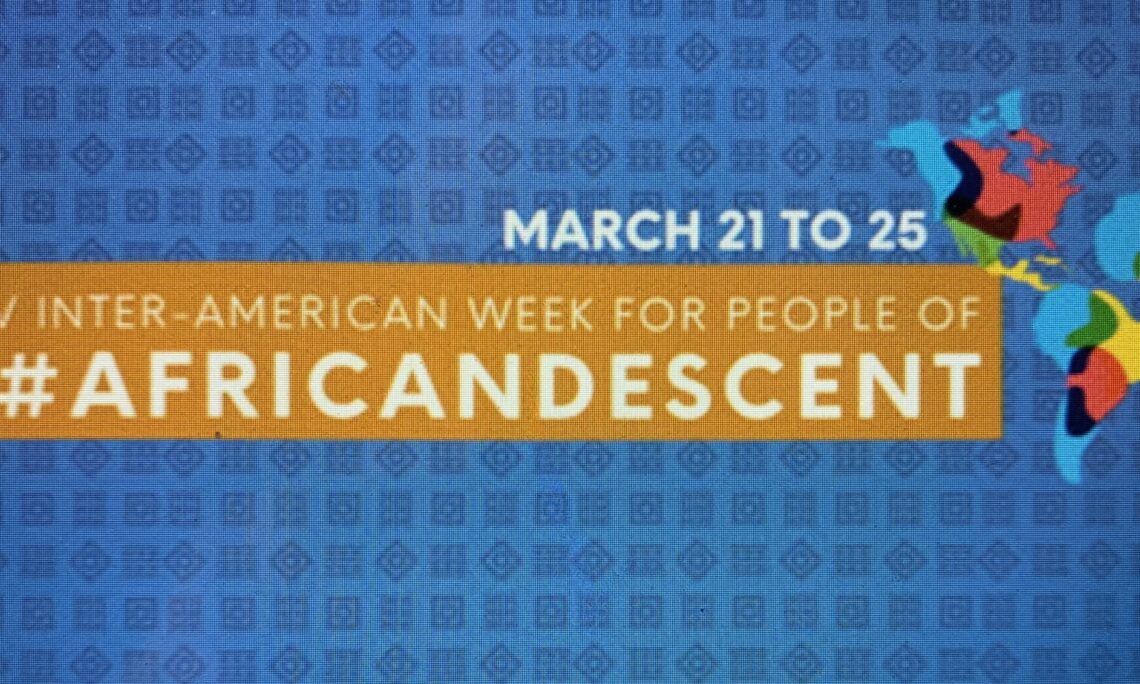 Remarks by
Bradley A. Freden
Interim Permanent Representative of the United States
March 25, 2022

Thank you, Chair. I would like to first congratulate the Chair of the Permanent Council, the OAS Assistant Secretary General Nestor Mendez, and the OAS Secretariat for organizing this important meeting to commemorate the International Day of remembrance of the Victims of Slavery and the Trans-Atlantic Slave Trade.  We also thank the panelists for their important presentations.

As many are aware, last month the United States celebrated our National Black History Month, which serves as both a celebration and a powerful reminder that Black history is American history, Black culture is American culture, and Black stories are essential to the ongoing story of America —  our struggles, our progress, and our aspirations.  As you know, the term “Black” — written with a capital B — has largely replaced “African-American” in our popular lexicon.  For people on the United States, the word Black is about much more than an individual’s skin color, which can vary from beautiful café au lait to the striking blue-black of contemporary Africa.  These are just a few of the shades of our diversity as a nation and, increasingly, a people; it refers specifically to those Americans whose ancestors were brought here in chains, who survived the nightmarish Middle Crossing, and whose descendants have struggled ever since with the legacy of slavery and the ongoing fact of institutional racism.

Most recently, we recognize the brave action by Ambassador Arturo McFields, the first Nicaraguan representative to the OAS of African Descent, who earlier this week resigned because he could no longer bear to represent a regime that holds the rights of its own people in contempt.  We applaud Ambassador McFields for his courage.

This week, OAS member states celebrated and promoted the extraordinary contributions of Africans, and members of the African diaspora around the world. This was an opportunity to focus on eliminating all forms of discrimination against people of African descent.

The Biden-Harris Administration has made racial justice and equity an urgent priority, promoting it across the federal government making it central to domestic policies and programs, and weaving it into our foreign policy, including our engagement at the OAS and the United Nations.  Last year, the United States strongly supported the creation of the UN Permanent Forum for People of African Descent (PFPAD) because we recognize the need to get at the root of the challenges and address structural racism.

The Biden Administration is deeply committed to advancing equity, racial justice, and opportunity for Black Americans as we continue striving to realize America’s original promise and face up to its original sin.  The Biden Administration is building a Federal Government that looks like America, including appointing African Americas to key positions in the Administration, notably the first Black Secretary of Defense, a Black Ambassador representing America at the United Nations, and the first Black and South Asian Vice President in our history. I am personally very proud that my country  just nominated the first Black woman to the United States Supreme Court.

Colleagues. the United States was founded on an idea:  that we are all created equal and deserve to be treated with respect and dignity throughout our lives.  It is a promise we have never fully lived up to, but one that we have never, ever walked away from.

The long shadows of slavery, Jim Crow, and redlining — and the blight of systemic racism that still diminishes our Nation today — hold America back from reaching its full promise and potential.  But by facing those injustices openly and honestly and working together as one people to deliver on America’s promise l, we become a stronger Nation — a more perfect version of ourselves.

We are a multicultural society, and one of the best ways for us to honor those who were enslaved is to spread awareness of their struggle, recognize the contributions made by people of African descent to build and develop our  country — and to celebrate also the culture and traditions of the African Diaspora.

Ladies and gentlemen, slavery was my country’s “original sin,” and we still live with its ugly legacy.  However, it is only by facing the painful truth of our past, and not shrinking from our moral responsibility to address systemic racism, that we will forge a better future.

As we celebrate this week, let us all recommit ourselves to fight for the equity, opportunity, and dignity to which every human being is due in equal measure.