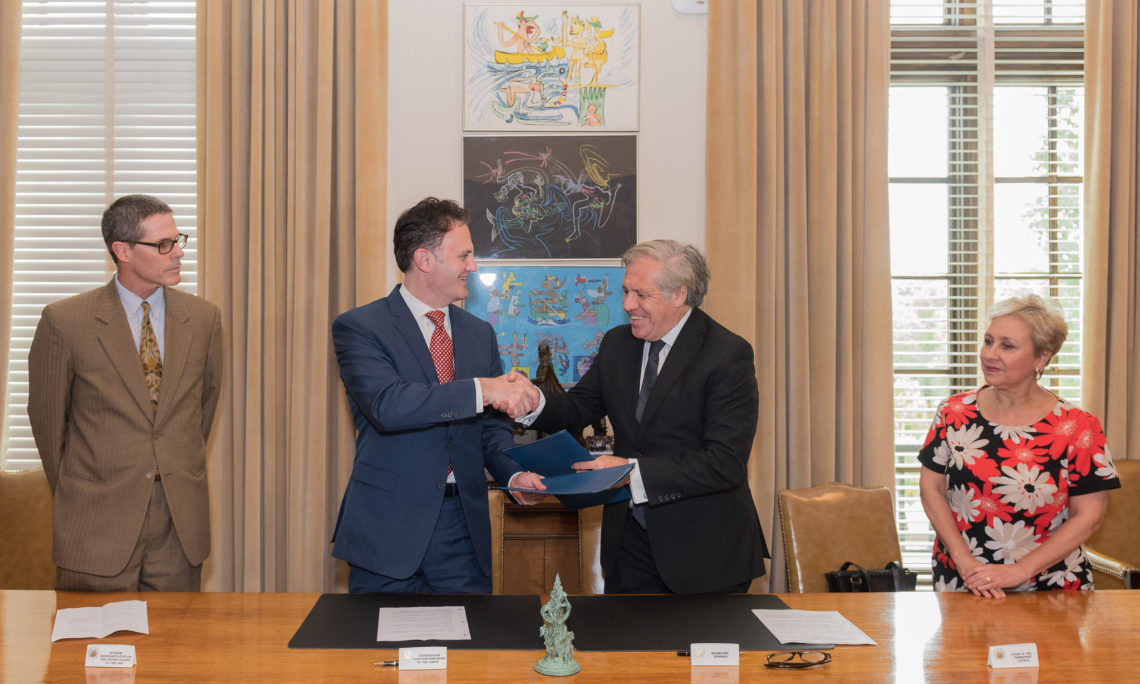 The Organization of American States (OAS) will launch the Inter-American Network on Counterterrorism, a project aimed at strengthening cooperation between member states to prevent and address terrorist threats in the Western Hemisphere.

The information-sharing network, the only one of its kind in the Americas, will operate on a 24/7 basis among OAS member states. By facilitating communication among points of contact designated by each member state, countries of the Western Hemisphere will be able to respond more effectively to terrorist threats.

This 24-month project will be developed by the Inter-American Committee against Terrorism (CICTE) under a US $ 395,000 grant using United States Government foreign assistance funding through the U.S. Department of State. CICTE, created by OAS member states two decades ago to prevent and counter terrorism in the Western Hemisphere, has extensive experience in establishing information exchange networks. CICTE has successfully operated similar networks, such as csirtamericas.org, a network that brings together Cyber Incident Response Centers (CSIRTs) of the Americas, for the exchange of information on threats and cyber risks.

The Secretary General of the OAS, Luis Almagro, highlighted the importance of sharing information “that helps to prevent more effectively any kind of terrorist threat. We hope that this Network contributes significantly to increasing security in the Americas. I urge the countries of the region to participate in the Network and to expand their coordination and cooperation with respect to terrorist threats.”

Ambassador Nathan A. Sales, Coordinator for Counterterrorism, U.S. Department of State – “Through the Network, countries will be able to share terrorism alerts and advisories, notices of counterterrorism actions, and other relevant information without delay, a capability that does not currently exist.”