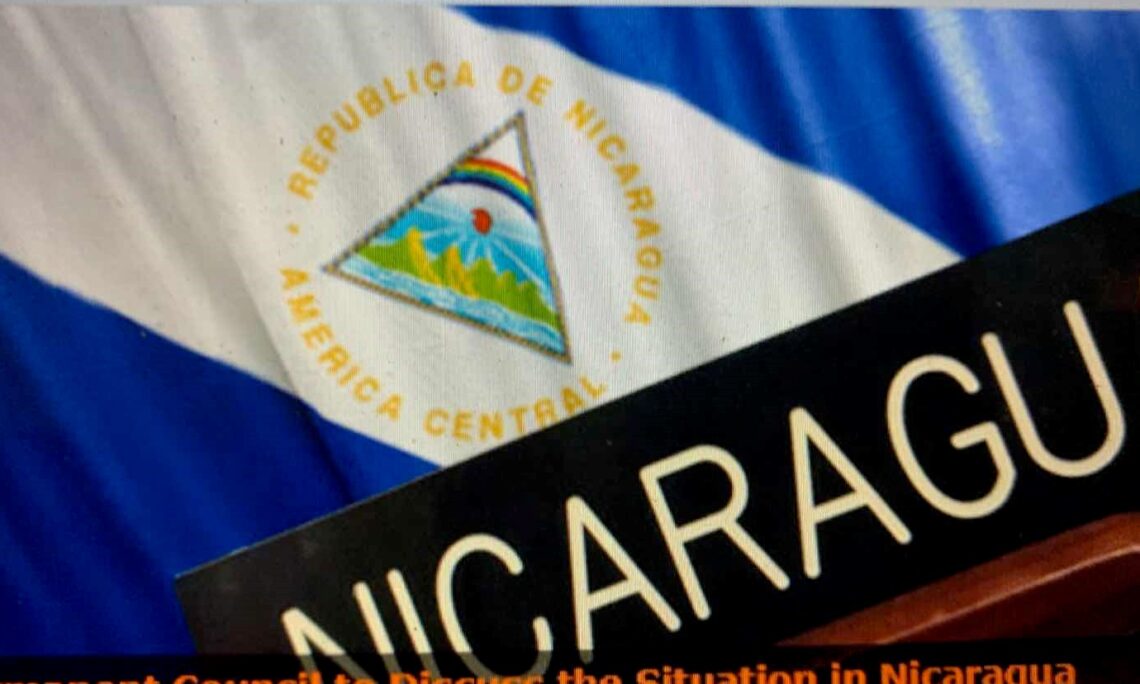 Remarks by
Bradley A. Freden
Interim Permanent Representative of the United States
October 20, 2021

Thank you, Chair.  We would like to congratulate all the OAS delegations that voted in favor of this resolution today.

The resolution sends a clear message to President Ortega and Vice President Murillo that their actions will not be tolerated by countries in the Americas.

With the Ortega-Murillo government’s decision to ban the last genuine opposition party, the elections scheduled for November have lost all credibility.  This so-called election is nothing but a sham.

The United States condemns this ongoing campaign of terror.  President Ortega, Vice President Murillo, and those complicit in these actions are responsible for the detainees’ safety and well-being.

Nicaragua’s leadership has used a series of Russian inspired laws as justification to repress their people; laws that are inconsistent with our hemisphere’s democratic values as outlined in the OAS Charter and Inter-American Democratic Charter.

Daniel Ortega and Rosario Murillo do not have the consent of the Nicaraguan people to turn Nicaragua into a one-party, family-run dictatorship.

The United States, however, believes that Nicaraguans should be able to choose their leaders in free and fair elections.

We will continue to use all of our diplomatic and economic tools to hold accountable those who undermine the ability of Nicaraguans to freely choose their future.

With today’s  vote in  favor of the OAS resolution, countries in the Americas have emphatically stated that President Ortega and Vice President Murillo’s actions are unacceptable.

The region and the international community must stand together with the Nicaraguan people in support of their right to freely choose their elected representatives.

OAS member states have spoken out clearly today in defense of democracy and human rights in Nicaragua , and we urge Member States to continue monitoring the situation in Nicaragua and to take further action at the OAS General Assembly, including under the Democratic Charter, if, as we expect, the Nicaraguan regime follows through on its plan to reaffirm one-party rule on November 7.

We also look forward to future reports on the human rights situation in Nicaragua by the Inter-American Commission on Human Rights and other respected non-governmental bodies.

Chair, Members of the OAS Permanent Council, ladies and gentlemen: we are not pushing to invoke the Democratic Charter i; it is the Nicaraguan government, with its continuing disregard for basic human rights and fundamental freedoms, that is pulling us inexorably toward a discussion of the Charter; it is the Nicaraguan government that is leaving us no alternative when our ministers gather next month save to acknowledge what none will be able to deny following these so-called elections in Nicaragua:  that there has been an unconstitutional interruption of the democratic order in Nicaragua and we, as member states that adopted the Democratic Charter 20 years ago, must act to uphold its provisions.

Failure to do so in the face of such blatant disregard for its provisions can only encourage other would-be authoritarian governments to follow suit, potentially leaving us with a Democratic Charter that is not worth the paper it is printed on.

(Adopted by the Permanent Council at its virtual regular meeting held on October 20, 2021)

RECALLING the exhortations of Member States to the Government of Nicaragua contained in all previous statements, resolutions and mandates adopted in support of free and fair elections and respect for human rights in Nicaragua;

NOTING WITH CONCERN that the recommendations of the Permanent Council in resolution CP/RES. 1175 (2324/21) “The Situation in Nicaragua” of June 15, 2021, have been disregarded by the Government of Nicaragua;

ALARMED at the findings of the United Nations High Commissioner for Human Rights as set out in the Oral Report on the Human Rights Situation in Nicaragua presented on September 13, 2021, which details “arbitrary detention of people, including political leaders, human rights defenders, business people, journalists, and peasant and student leaders” and the “cancellation of two other political parties last May”, eliminating “all possible options for the candidacies of the main opposition groups”;

AWARE that resolving the crisis in Nicaragua requires a commitment to democracy and democratic processes, including transparent elections that conform to internationally recognized standards; and the protection of human rights;

CONCERNED that the measures instituted by the Government of Nicaragua do not meet the minimum criteria for free and fair elections as established by the Inter American Democratic Charter and, therefore, undermine the credibility of the Presidential and Parliamentary elections to be held on November 7, 2021,

1. To reiterate its call for the immediate release of presidential candidates and political prisoners.

2. To express grave concern that the attempts of the Permanent Council to engage the Government of Nicaragua on the holding of free and fair elections have been ignored.

3. To record alarm at the ongoing deterioration of the political and human rights situation in Nicaragua and at the Government of Nicaragua’s efforts to subvert the electoral process.

4. To strongly urge the Government of Nicaragua to implement without delay the principles of the Inter American Democratic Charter and all internationally recognized electoral standards, including agreed-upon electoral reforms, with a view to holding free, fair, and transparent elections as soon as possible, under OAS and other credible international observation.

5. To undertake, as necessary, further action in accordance with the Charter of the Organization of American States and the Inter American Democratic Charter, including an assessment of the November 7 elections in Nicaragua at the fifty-first regular session of the General Assembly.