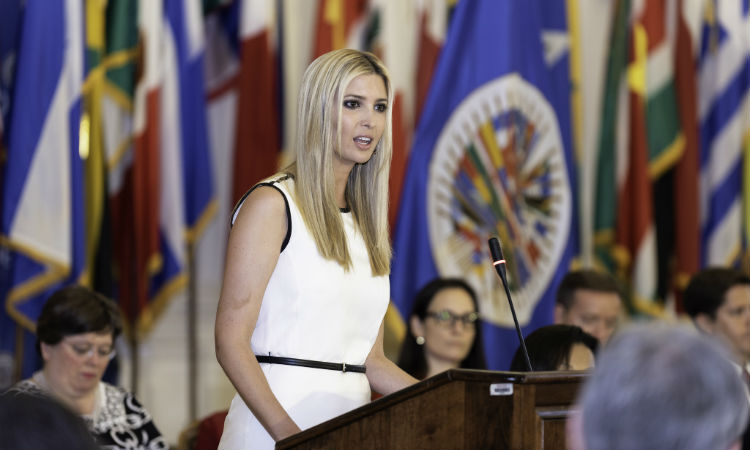 Thank you, Ambassador Trujillo, for that kind introduction – and thank you for your commitment to advancing economic opportunities for women throughout our hemisphere.

Secretary General Almagro, and distinguished Ambassadors, it is an honor to speak with you today – and it was a privilege to meet the women Ambassadors representing so many of your countries – you are an inspiration to women and girls across the world. Thank you for your leadership! [Pause]

As we gather today, I want to extend my deepest sympathies to the family of Senator John McCain, an American patriot who served our country with distinction for more than six decades. The country is united in its grief and the world mourns the loss of a true hero and statesman.

This afternoon, I am honored to join you at your inaugural session to discuss Women’s Economic Empowerment in the western hemisphere.

We come together today united by a shared goal: we believe—we KNOW – that the world will be more prosperous – and more at peace – when women across the globe can fully participate in the economy.

Advancing economic opportunity for women in our hemisphere is essential to fostering lasting peace, stability and opportunities to prosper in Central and South America – and beyond.

As we mark the 70th anniversary of the Organization of American States, we reflect upon the progress that has been made in recent decades.

These are remarkable strides. But as you know, there is still much work to be done.

In many nations throughout our region, women face enormous barriers to fully participating in all aspects of their countries’ economies and societies. Here in North America, women are still underrepresented in boardrooms and in politics as well as in critical fields such as science and technology.

We continue to experience a persistent gender pay gap across both the developed and developing worlds.

Women are in fact one of the greatest under-tapped resources for accelerating global economic growth.

Research has shown a strong correlation between the prosperity of a country and its level of gender equality.

One study estimates that increasing Latin American women’s participation in the workforce could grow the Latin American economy by over a trillion dollars within a decade.

Our Administration is committed to the economic empowerment of women across the globe, as a matter of national security.

When women are empowered, communities thrive and countries prosper, which is the best and most sure path to self-reliance.

The President’s National Security Strategy states that, “Societies that empower women to participate fully in civic and economic life are more prosperous and peaceful.”

To this end, our Administration has launched bold new initiatives to empower women to succeed in the global economy.

Last fall, we partnered with the World Bank as founding member of the Women Entrepreneurs Finance Initiative — or We-Fi. Through this initiative, we have increased access to capital, markets and mentorship so women in the developing world can start and grow a business.

The first allocation of $120 million is expected to mobilize over $1.6 billion in additional public and private-sector funds, which will unlock vast opportunities for women entrepreneurs across the developing world.

We have also launched the U.S.AID WomenConnect Challenge to increase women’s access to digital technology.

Last year, the President signed into law the Women, Peace, and Security Act aimed at engaging women to help us prevent conflict and advance peace.

And in April, I traveled to Lima, Peru to join OPIC CEO Ray Washburne to announce OPIC’s “2X Americas” initiative.

Since the launch, we have committed more than $195 million to empower women entrepreneurs across Latin America and the Caribbean.

We will continue to build on our efforts to further expand and accelerate women’s economic empowerment globally. In doing so, we have identified three primary areas to focus our work:

The United States is committed to pursuing these goals – and furthering the success of programs like OPIC 2X – because when we invest in women, our economies soar, our communities flourish, and our nations achieve greater stability and peace.

I ask you to join us as we work towards this vision for our hemisphere. If we seize this opportunity, we will set free the potential of our citizens, unleash unprecedented growth and innovation, and create a safer, more prosperous and just future for our people – and our entire region. Thank you. 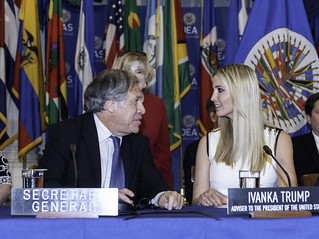