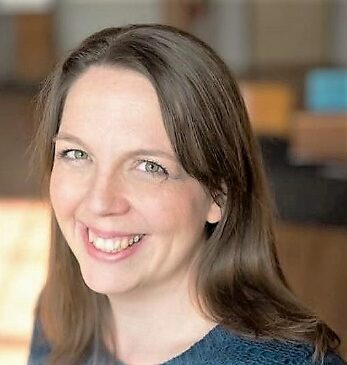 Christina Bruff joined USOAS in May 2019 and serves as the Cooperation and Development Counselor, working with the development section to negotiate the OAS’ $86 million budget, award and oversee approximately $13 million in U.S. contributions, and advance U.S. development priorities at the OAS, including entrepreneurship, labor, science and technology, energy, culture, tourism, and education.

Prior to joining WHA, Christina worked in the Bureau of International Organization Affairs’ Economic and Development Affairs office as the Senior Economic Advisor, leading the economics and finance team to promote U.S. economic policy within the ECOSOC General Assembly and the UNGA Economic and Finance Committee (2nd Committee).  She served as a member of the U.S. delegation to the 36th Session of the Human Rights Council in Geneva and served as the U.S. government coordinator for the UNGA 2nd committee, which adopted about 40 resolutions per year.  Christina began her State career in Bureau of African Affairs as an economic development and multilateral affairs officer, where she led the bureau’s engagement in the negotiations of the UN Sustainable Development Goals and the Financing for Development framework.  She also managed the bureau’s $9 million Africa – Women, Peace, and Security small grants program and supported the bureau’s participation at the UN General Assembly and African Union Summits.

Prior to joining State, Christina was a senior analyst on the International Affairs and Trade team at the Government Accountability Office, where she conducted performance evaluations of foreign assistance and trade programs, and sanctions policies.  Christina started her career in grassroots international development; she is a proud Returned Peace Corps Volunteer from the Dominican Republic, has conducted on-the-ground program evaluations for microfinance NGOs, and has conducted research for UNDP and MCC on increasing women’s political participation and enhancing the effectiveness of U.S. foreign aid.  Christina holds a master’s degree in public affairs (MPA) from the Princeton School of Public and International Affairs, where she specialized in development studies, and a bachelor’s degree in International Political Economy and Economics from Carthage College in Wisconsin.