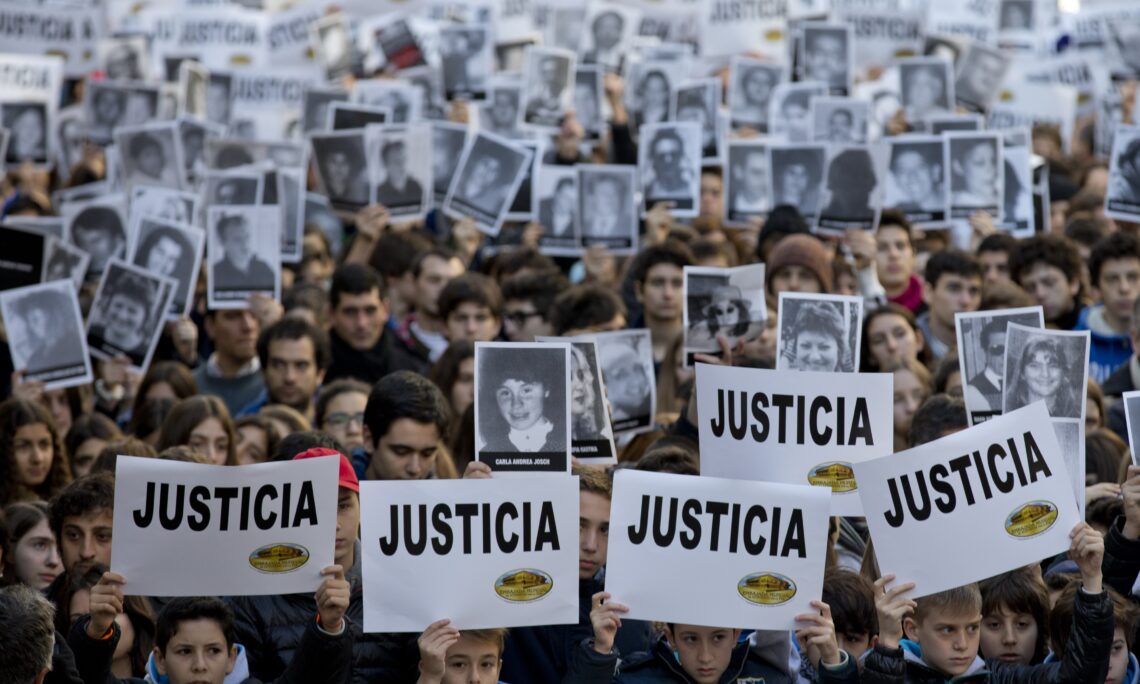 Argentine citizens hold up signs that read "Justice" in Spanish and pictures of the victims of the 1994 terrorist bombing of the AMIA Jewish community center during a commemoration ceremony in Buenos Aires, Argentina, Friday, July 18, 2014.

Thank you Chair, and thank you Argentina for bringing this important matter to our attention.  The United States is pleased to join this statement.

We fully support Argentina’s efforts to see justice done in AMIA case and condemn Rezaei’s visit to Nicaragua and to our hemisphere as an affront to Argentine justice and to the victims of the attack against AMIA.

My Government also takes issue with the statement of our Nicaraguan colleague.  In his statement, he asserts that Nicaragua has the sovereign right to invite any internationally-wanted criminal or terrorist to our hemisphere and to ignore international law by not enforcing the INTERPOL Red Notice.  This is not only irresponsible, it is reprehensible.

In closing, I would like to note that the joint declaration presented by Argentina remains open for additional signatures, should any additional Member State wish to join.

RECALLING that in 2007, at the request of the Government of Argentina, the International Criminal Police Organization (INTERPOL) issued a Red Notice for Iranian citizen Mohsen Rezaei for his alleged role in the July 18, 1994, bombing of the Argentine Israelite Mutual Association (AMIA) in Buenos Aires that killed 85 people and wounded many;

NOTING that a Red Notice is a request to law enforcement worldwide to locate and provisionally arrest a person pending extradition, surrender, or similar lawful action;

MINDFUL that Rezaei faces charges in Argentina of doubly aggravated homicide (committed for reasons of racial or religious hatred and to endanger the public), killing 85 people, and wounding many others; and

ALARMED that on January 10, 2022, Rezaei traveled to Managua, Nicaragua, at the invitation of Daniel Ortega,