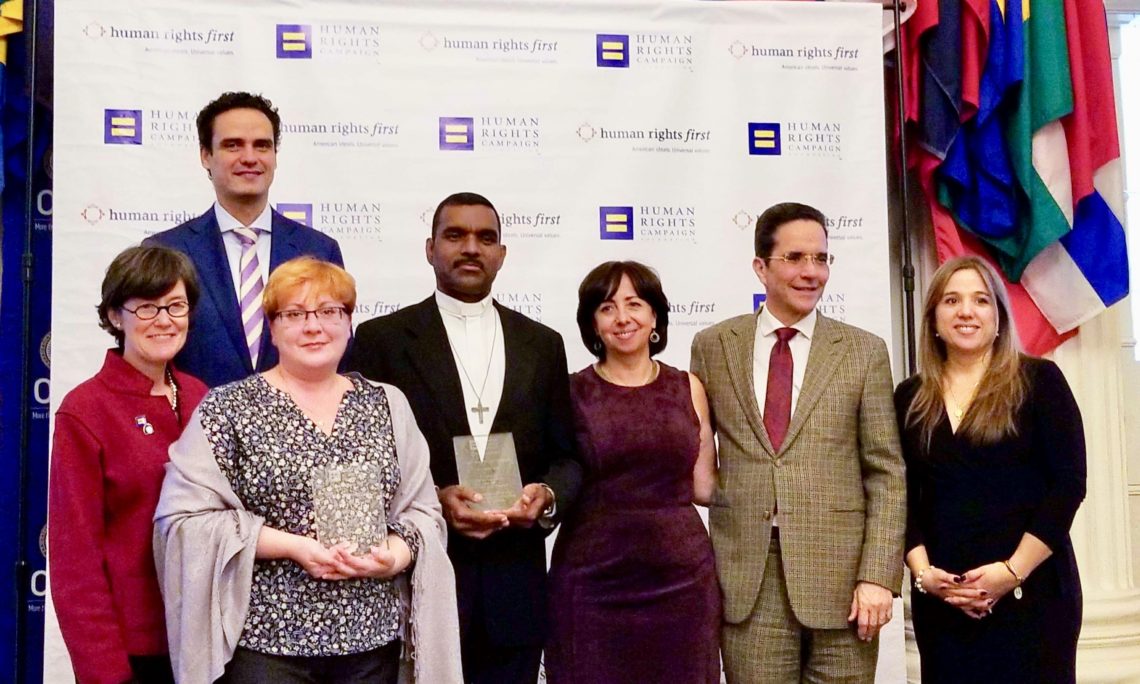 The OAS LGTBI Core Group and the OAS Secretariat for Access to Rights and Equity hosted a celebration of Human Rights Day on December 11, 2017 at the OAS, organized by the Human Rights Campaign (HRC) and Human Rights First.

The members of the OAS LGBTI Core Group (Argentina, Brazil, Canada, Chile, Colombia, Mexico, United States and Uruguay) welcome the appointment on December 4 of Victor Madrigal-Borloz, of Costa Rica, as the new UN Independent Expert on protection against violence and discrimination based on sexual orientation and gender identity (SOGI).

In this important role, Mr. Madrigal-Borloz will advance efforts related to protection against violence and discrimination based on sexual orientation and gender identity. He will also build upon the work of his predecessor Vitit Muntarbhorn, the first Independent Expert. The appointment of Madrigal-Borloz reflects our region’s advances, and continued leadership on human rights.

Mr. Madrigal-Borloz currently serves as Secretary General of the International Rehabilitation Council for Torture Victims (IRCT). We are pleased to note that Mr. Madrigal-Borloz spent many years working within the Inter-American Human Rights System, at the Inter-American Commission of Human Rights (IACHR) and is well known to the Governments of the OAS LGBTI Core Group. While at the OAS, Mr. Madrigal-Borloz led important processes which serve to guide IACHR efforts related to the rights of LGBTI persons in the Americas, including the IACHR Rapporteurship on the Rights of LGBTI Persons.

We look forward to continuing our collaboration with the Inter-American Human Rights System, the OAS Secretariat, and with the United Nations, including through the work of Mr. Madrigal-Borloz, so as to end discrimination and violence based on sexual orientation and gender identity.

We also look forward to finding a mutually convenient time to welcome Mr. Madrigal-Borloz back to the OAS to learn about his plans and vision for the Office of the Independent Expert on Protection Against Violence and Discrimination Based on Sexual Orientation and Gender Identity.