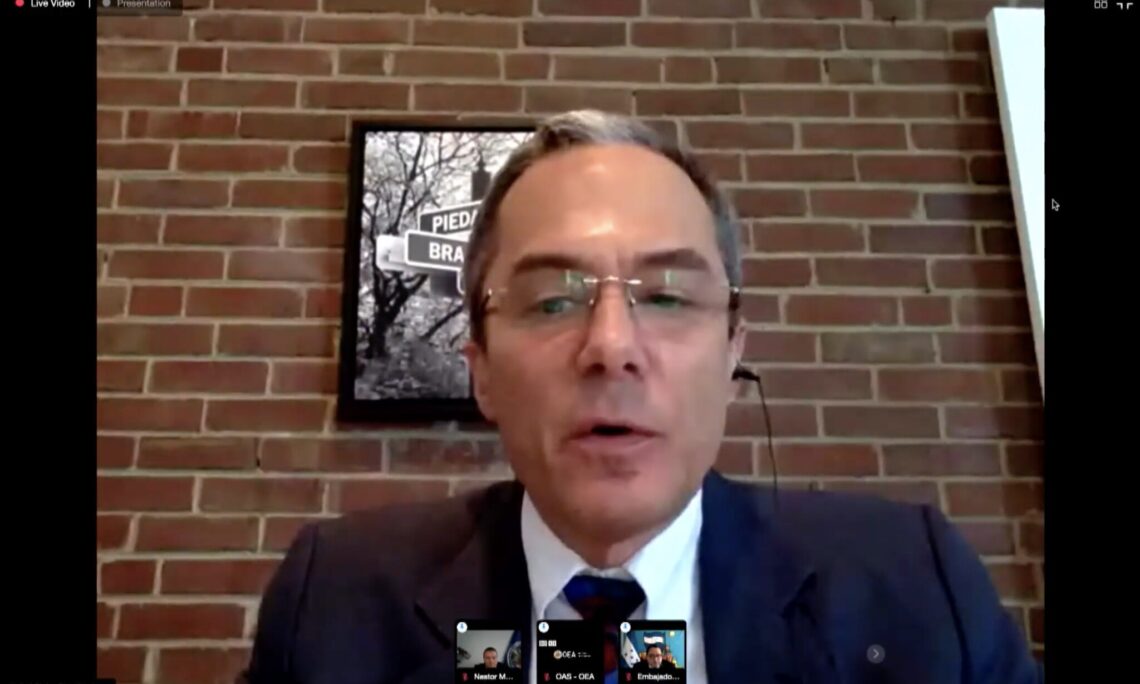 Mr. Chairman, the United States would like to join with other delegations today in calling attention to the ongoing human rights abuses that members of indigenous peoples face around the world — including within our own hemisphere.

Indigenous persons themselves are outspoken critics of these abuses, while also being subject to attempts to discredit indigenous human rights defenders.

In particular, we share concerns, also highlighted by the Inter-American Commission on Human Rights, regarding ongoing abuses against indigenous peoples in Venezuela.

The pressure exerted by both Maduro and organized criminal groups due to scarce job opportunities has led indigenous communities to work in illegal mines and renounce their ancestral traditions. Venezuela’s indigenous communities have suffered extreme violence, economic exploitation, mercury–related health challenges, and environmental destruction brought about by illegal mining for years.

According to a July 2020 report by the UN High Commissioner for Human Rights, there are serious abuses in Venezuela of indigenous peoples’ collective rights to their traditional lands and resources.

Their traditional lands have been militarized, and in recent years, the state’s presence has led to violence, insecurity, illness, and environmental degradation.

At the same time, my delegation is well aware that combatting racism and discrimination is a challenge every OAS Member State faces, including the United States – and a challenge we can all work together to overcome.

Eliminating discrimination and inequality is not only the morally-just thing to do. It is necessary for sustainable economic growth and prosperity throughout the region.

Economic opportunity must be inclusive — enhancing opportunities for all people while building respect, trust, and understanding across race, ethnicity, gender, disability, sexual orientation, and gender identity.

Mr. Chairman, the Department of State is committed to promoting social inclusion and equality while advancing inclusive security and growth in the Americas. We do this in part through initiatives that engage historically marginalized groups, and address the underlying causes of inequality by improving access to justice, services, and economic opportunities.

Bilateral initiatives between the United States and Colombia, Brazil, and Uruguay addressing racial and ethnic equality, which include the participation of civil society, are just some of the examples of how we explore best practices to promote racial and ethnic equality across the hemisphere. We also support mentorship programs to increase access to higher education

Under the Afro-Colombian and Indigenous Program (ACIP), the U.S. Agency for International Development has partnered with over 1,500 private sector companies to help provide formal jobs to over 11,000 Afro-Colombian and indigenous youth in urban areas.

And, through the North American Working Group on Violence against Indigenous Women and Girls, we address transnational and cross-border issues that affect the well-being of indigenous women and girls, and the security of our borders.

The United States is proud that regional partnerships can be platforms for engaging on these key issues, including those that affect the lives of indigenous women here in the United States.

Since 2012, the U.S. Departments of Interior and Education have joined our Health and Human Services Department on a number of national initiatives, including the formation of a Native Language Workshop to facilitate collaboration as well as resource and information sharing across federal agencies and partner communities.

Mr. Chairman, we are also cognizant of the inter-sectional impacts of the COVID-19 global pandemic. COVID-19 is impacting every nation. It is imperative that, during such times, governments take active measures to protect all members of the community
– especially vulnerable populations and members of at-risk ethnic, racial, or religious groups. Attacks on any member of these communities should not be tolerated.

Let me close by recalling the OAS Secretariat’s timely statement from April 3 which specifically addressed these concerns regarding our hemisphere’s indigenous peoples.