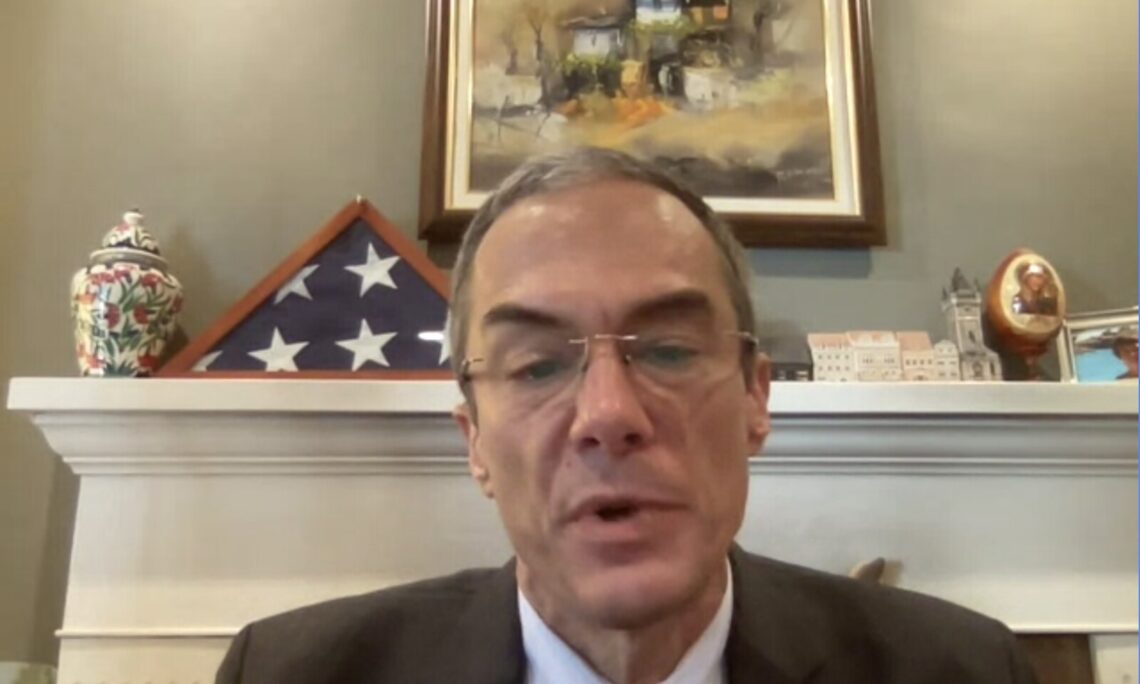 Bradley A. Freden, Interim Permanent Representative of the United States

Thank you, Chair.  We would like to thank the Inter-American Commission on Human Rights (IACHR) and particularly Commissioner Antonia Urrejola, President of the IACHR, for this very important and timely presentation.  It outlines what is a very grim outlook for the people of Nicaragua.

As the report makes clear, the human rights situation in Nicaragua is deteriorating, and the people of Nicaragua are suffering at the hands of the Ortega-Murillo government.

Importantly, the Commission “notes with extreme concern that the general elections scheduled for November 2021 are taking place in this climate of repression and closure of the country’s democratic forums, in which, in an unusual manner, all persons who publicly expressed their interest in participating as candidates in the elections were arbitrarily detained and remain detained.”

The people of Nicaragua know that any hope that the elections on November 7 will be free or fair is gone.  It pains me to say this, but with the Ortega-Murillo government’s decision to ban the last genuine opposition party, the elections scheduled for this Sunday have lost all credibility and are nothing more than a sham.

Just two weeks ago on October 20, this body sent a strong message to the Nicaraguan regime led by Ortega and Murillo that their actions will not be tolerated.  This body must remain engaged to ensure there are real consequences to ignoring multiple resolutions calling upon the Nicaraguan authorities to observe the norms of democracy and human rights outlined the OAS Charter and the Inter-American Democratic Charter.

We again urge the Ortega-Murillo government to cease its repression and respect the human rights of peaceful assembly and free expression and to unconditionally release all political prisoners detained for exercising their human rights.

The United States will continue to use the diplomatic and economic tools at our disposal to support Nicaraguans’ calls for greater freedom, accountability, and free and fair elections.

Daniel Ortega and Rosario Murillo do not have the consent of the Nicaraguan people to turn Nicaragua into a one-party dictatorship.

OAS member states have spoken out clearly in defense of democracy and human rights in Nicaragua, and we urge steadfast and continued monitoring of the situation at the OAS General Assembly, which falls right after the so-called election on November 7.

We believe the report of the IACHR today is critical to Member States’ understanding of the situation on the ground and the continued repression of the Nicaraguan people.

We thank the IACHR for its ongoing work to hold the Ortega-Murillo government accountable, and for the transparency with which it conducts this important work.

The OAS must stay engaged, stand up for the rights of the Nicaraguan people, and continue to press for the Nicaraguan government to fulfill its commitments under the OAS Charter and the Inter-American Democratic Charter, and its obligations under the American Convention on Human Rights.

We again thank the IACHR for this comprehensive report and urge the government of Nicaragua to implement the recommendations contained in the report immediately, especially the call to release all those detained in the context of the crisis precipitated in 2018, including the pre-presidential candidates, those deemed dissidents, and the human rights defenders arrested in 2021.