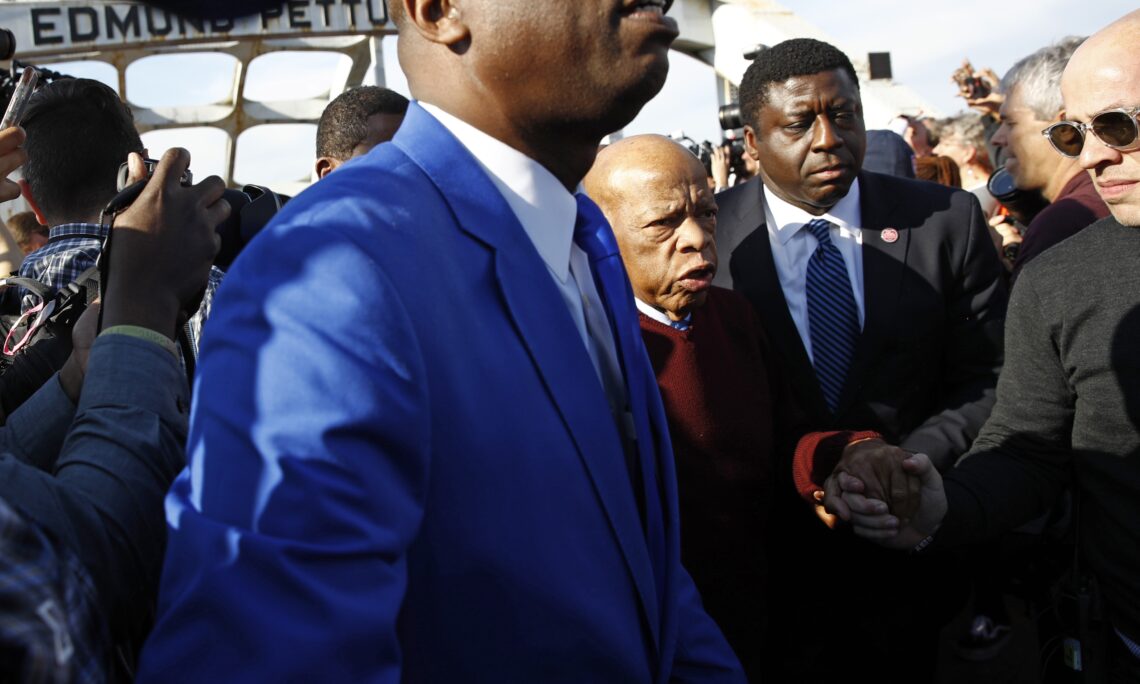 Mr. Chairman, I speak today on behalf of the United States Government in mourning the loss this past week of U.S. Congressman John Lewis.

As many of you know, Representative Lewis was an iconic member of the United States Congress who dedicated his life to the fight for equality.

Mr. Chairman, we join the family and the many admirers of John Lewis in celebrating his remarkable life.

Over the course of his life, Lewis was on the front lines of U.S. Civil Rights Movement and the ongoing struggle for racial equality. As a follower and colleague of Dr. Martin Luther King Jr., he participated in lunch counter sit-ins, joined the Freedom Riders in challenging segregated buses and — at the age of 23 — was a keynote speaker at the historic 1963 March on Washington, held just outside the OAS Headquarters building.

In 1965, while leading a march across the Edmund Pettus Bridge in Selma, he was beaten to the ground by an Alabama State Trooper and suffered a fractured skull.

Such efforts remain relevant and important to recall as we work here at the OAS to advance efforts in support of the International Decade for People of African Descent.

Mr. Chairman, Representative Lewis was an icon of the civil rights movement, and he leaves an enduring legacy that will never be forgotten.

President Donald Trump underscored his respect for Representative Lewis over the weekend, noting his sadness “to hear the news of civil rights hero John Lewis’ passing, and that Melania and I send our prayers to him and his family.”

Vice President Mike Pence also offered his own statement Saturday, sharing that while “John Lewis will be rightly remembered as an icon of the civil rights movement, for me he was also a colleague and a friend. Even when we differed, John was always unfailingly kind, and my family and I will never forget the privilege of crossing the Edmund Pettus Bridge at his side on the 45th anniversary of Bloody Sunday.”

In a proclamation released Saturday, President Trump ordered flags at public buildings and military installations lowered to half-staff “as a mark of respect for the memory and longstanding public service of Representative John Lewis.”

Colleagues and Mr. Chair, in recalling the legacy of John Lewis today, I can think of no better way to evoke the power of inclusive dialogue and of the enduring fight for equality.

Thank you very much for the opportunity to bring this matter to the attention of the distinguished Council.