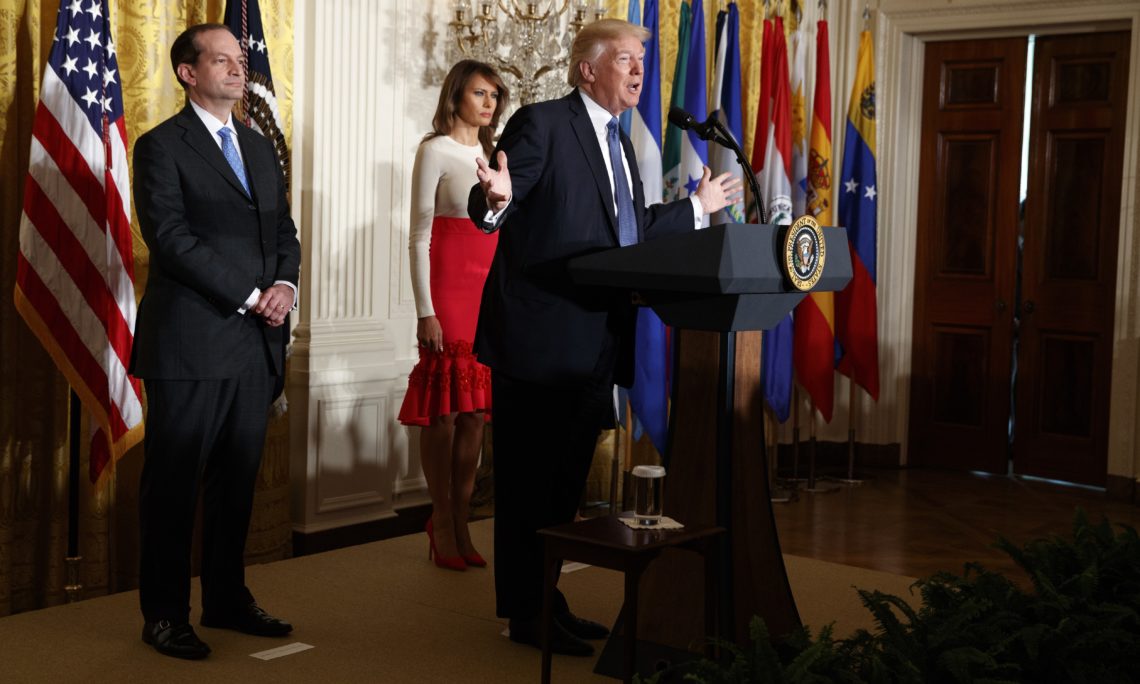 Office of the Press Secretary

September 13, 2017
National Hispanic Heritage Month, 2017
By the President of the United States of America

During National Hispanic Heritage Month, we celebrate the accomplishments of Hispanic Americans who have helped shape our great Nation. We are grateful for the many contributions Hispanic American men and women make to our society and the vibrancy they weave into our American culture.

From America’s earliest days, Hispanic Americans have played a prominent and important role in our national heritage, and Hispanic Americans continue to embody the pioneering spirit of America today. Demonstrating a steadfast commitment to faith, family, and hard work, Hispanic Americans lift up our communities and our economy as entrepreneurs, executives, and small business owners, and make contributions in areas such as science, art, music, politics, academia, government, and sports. In fact, Hispanic-owned small businesses are the fastest growing businesses in America, starting at a pace 15 times the national average over the last decade. Hispanic Americans own more than three million American businesses and serve with honor in all branches of the Armed Forces, continuing a strong legacy of dedication to our country that has seen the Medal of Honor awarded to 60 Hispanic Americans. Hispanic Americans are a testament to the American promise that anyone can succeed in the United States through hard work.

Hispanic Americans strengthen our bonds with our Latin American neighbors, with whom we share a rich history. We are united with them in hemispheric solidarity, based on a shared commitment to democratic principles. To secure a more prosperous, free Western Hemisphere, we are working to advance and maintain democracy in the region and secure free and fair trade among our regional partners. My Administration is dedicated to securing human rights in Cuba and Venezuela, and strengthening our cultural and philosophical ties with all our Latin American partners.

This month, we recognize the countless contributions of Hispanic Americans that help make our Nation a thriving and secure land of opportunity. To honor the achievements of Hispanic Americans, the Congress by Public Law 100-402, as amended, has authorized and requested the President to issue annually a proclamation designating September 15 through October 15 as “National Hispanic Heritage Month.”

NOW, THEREFORE, I, DONALD J. TRUMP, President of the United States of America, by virtue of the authority vested in me by the Constitution and the laws of the United States, do hereby proclaim September 15 through October 15, 2017, as National Hispanic Heritage Month. I call upon public officials, educators, librarians, and all Americans to observe this month with appropriate ceremonies, activities, and programs.

IN WITNESS WHEREOF, I have hereunto set my hand this

thirteenth day of September, in the year of our Lord two thousand seventeen, and of the Independence of the United States of America the two hundred and forty-second.