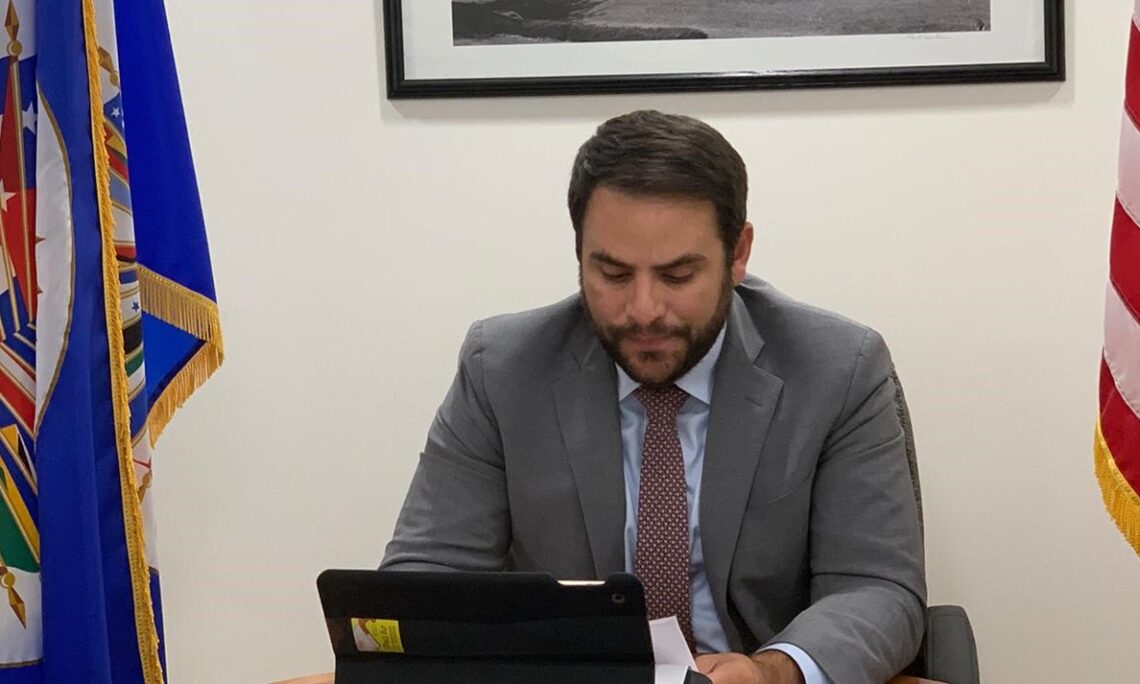 Ambassador Carlos Trujillo addresses the 50th session of the OAS General Assembly on the political crisis in Nicaragua, October 21, 2020.

The United States welcomes the adoption of this resolution, which, in light of recent events in Nicaragua, is so desperately needed. The delegates of this General Assembly who represent the voices of the people of the Americas clearly recognize the threat to human rights and democracy in Nicaragua.

We would like to thank members of the OAS Working Group on Nicaragua, and other member states who co-sponsored this resolution and voted with us in support of the text. The United States also values the advice and counsel we have received from representatives of Nicaragua’s diverse civil society, particularly those who have suffered under the heavy hand of this brutal government.

The resolution we approved today is a strong message to the government of Nicaragua to restore constitutional order, to respect human rights, and to prepare earnestly and transparently for an inclusive and fairly contested election next year. Recent legislation passed by Nicaragua’s National Assembly should give us all reason for concern about the worsening political and human rights crisis in Nicaragua. Such repressive action impels us to be vigilant in monitoring progress toward the election to make sure it is, in fact, conducted fairly and that it reflects the will of the Nicaraguan people.

Since this General Assembly addressed Nicaragua last year, the Nicaraguan government has not fulfilled its own commitments to its own people. Rather, Ortega has further curtailed the ability of all Nicaraguans to exercise their rights and peacefully petition change. His political rivals remain imprisoned. He has used the power of the state to threaten news outlets and silence journalists, and he and his majority in the National Assembly continue to advocate for and pass laws that will make freedom of expression, including for members of the press, a thing of the past for Nicaraguans.

We had hoped that, through dialogue supported by the OAS, we could have helped to create a space in which political differences about policy and the way forward in Nicaragua could be resolved, but Ortega has only abandoned dialogue and cracked down further. He has refused any engagement with the OAS’ credible and independent monitoring mechanisms.

This is why the EU Parliament condemned Ortega’s actions, and this is why the United States last week imposed further sanctions on more of Ortega’s corrupt inner circle. It is also why this resolution is so important for the future of all Nicaraguans.

And so, in adopting this resolution, we join in the collective call on the government of Nicaragua to acknowledge that significant and transformative steps must be taken to restore fully democratic rule in Nicaragua. For meaningful progress to be achieved, the measures contained in this resolution must be implemented in a timely manner before Nicaragua holds elections. This will entail the joint and continued collaboration of all member states in the months to come – to support implementation of this resolution, insist on its terms, and to uphold our collective commitment to the Inter-American Democratic Charter.

In closing, we applaud the decision of this assembly to take proactive steps to place Nicaragua firmly in the direction of justice, freedom, and peace for all of its people. Thank you very much.