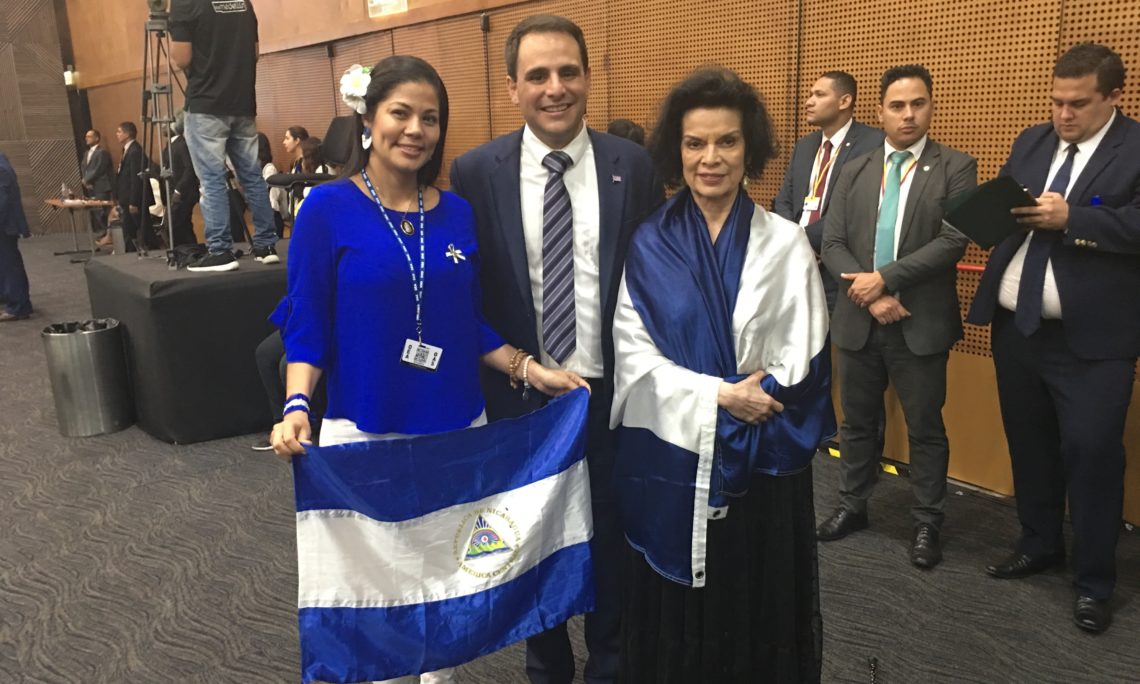 Thank you Mr. President. The United States is very pleased to support this resolution which strongly condemns the actions of the Nicaraguan Government and calls for the restoration of democracy in Nicaragua.

We would like to thank Canada and Chile for co-chairing the Nicaragua Working Group, which has had dozens of meetings with civil society and various experts, and has made five separate reports to the OAS Permanent Council. The working group has repeatedly asked to travel to Nicaragua on a fact finding trip, and has asked the government of Nicaragua to cooperate or otherwise provide any evidence. The Nicaraguan Government has refused any cooperation, evading all requests.

I also would like to recognize the former Nicaraguan political prisoners who have come to the General Assembly and told their story of torture and human rights violations. We salute their courage. We must also recognize the political prisoners still held in Nicaragua, arbitrarily detained after the March agreement was reached with the democratic opposition, or otherwise unaccounted for by the government’s underhanded tactics. Additionally, we must all remember that the Nicaraguan people aiming to exercise their fundamental rights to speech, assembly, press, and even religion — whether held in Ortega’s prisons or not — continue under a systematic, brutal environment of repression and intimidation at the hands of Ortega’s police and parapolice forces.

Colleagues, we have been studying the situation in Nicaragua for fifteen months, and now is the time to act. We all hoped for a political solution through dialogue, but the government has obstructed at every turn, has never shown genuine good faith, and had cynically played for time at every turn. Yes, we all prefer dialogue, but at some point we need to acknowledge that strong, consistent diplomatic pressure is required for the government to negotiate seriously. We all want a restoration of democracy in Nicaragua, and this resolution brings us further to this goal.

It is time to recognize that the government of Nicaragua is violating all of the essential elements of democracy, from free and fair elections, separation of powers, and the rule of law, as articulated in Article 3 of the Inter-American Democratic Charter.

There is no doubt that there has been an unconstitutional alteration of the constitutional regime that seriously impairs the democratic order in a member state, as stated in Article 20. We have a mountain of evidence, from working group reports, findings by the Inter-American Commission of Human Rights, experts who have testified at Permanent Council meetings, and the recommendation of our own Secretary General Almagro.

We are pleased that the resolution invokes Article 20, and we urge the OAS to assess Article 21 to suspend Nicaragua from this democratic body. Given the severe crisis in Nicaragua, we can do no less.