Home Home | News & Events | DipNote: Partnering with the Americas for a More Prosperous and Secure Future for the Region 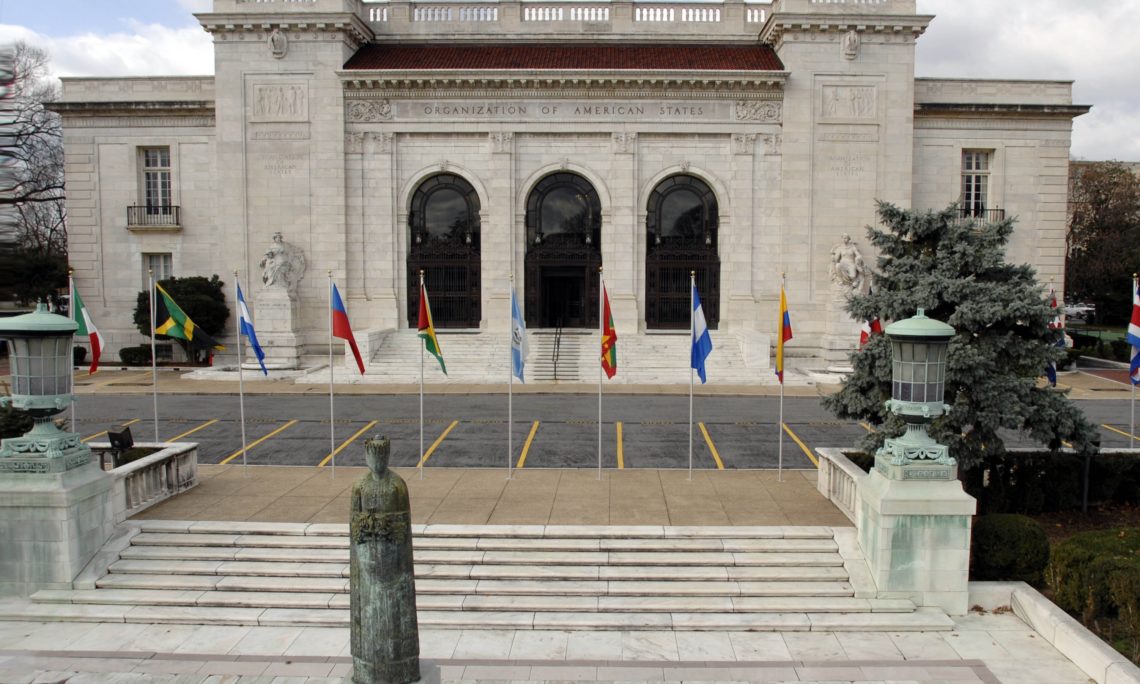 The headquarters of the Organization of American States, Washington, D.C.

On this milestone anniversary of the Organization’s founding, Vice President Mike Pence is traveling to Lima, Peru to represent President Trump and lead the U.S. delegation at the Eighth Summit of the Americas. From April 11 through April 14, the Vice President, joined by Acting Secretary of State Sullivan, will meet with leaders in the Pan American region to discuss ways to strengthen the region’s collective commitment to representative democracy, to government accountability, and to confront threats to freedom. During the Summit, the United States will promote priorities of mutual interest to the region, including supporting democracy; addressing the political and humanitarian crisis and restoring democracy in Venezuela; stemming corruption and transnational crime, and promoting economic prosperity in the Western Hemisphere, including women’s economic empowerment.

The United States has taken action on these priorities through ongoing regional security coordination and programs such as the Merida Initiative in Mexico, the U.S. Strategy for Central America, and the Caribbean Basin Security Initiative. The United States continues to work to address regional challenges through regular meetings, such as the U.S.-Mexico Strategic Dialogue to Disrupt Transnational Criminal Organizations.

As the Organization of American States celebrates the 70th anniversary of its founding this year, the United States reaffirms its commitment to partner with the nations of the Americas to advance security, economic and energy prosperity, and democratic governance throughout the hemisphere. As President Trump emphasized in his Pan America Day proclamation, “At the heart of our engagement is the belief that by working together we can achieve a more prosperous and secure future for our region.”

About the Author: Ambassador Kenneth H. Merten serves as Deputy Assistant Secretary of State for the Bureau of Western Hemisphere Affairs.

Editor’s Note: This entry also appears in the U.S. Department of State’s publication on Medium.