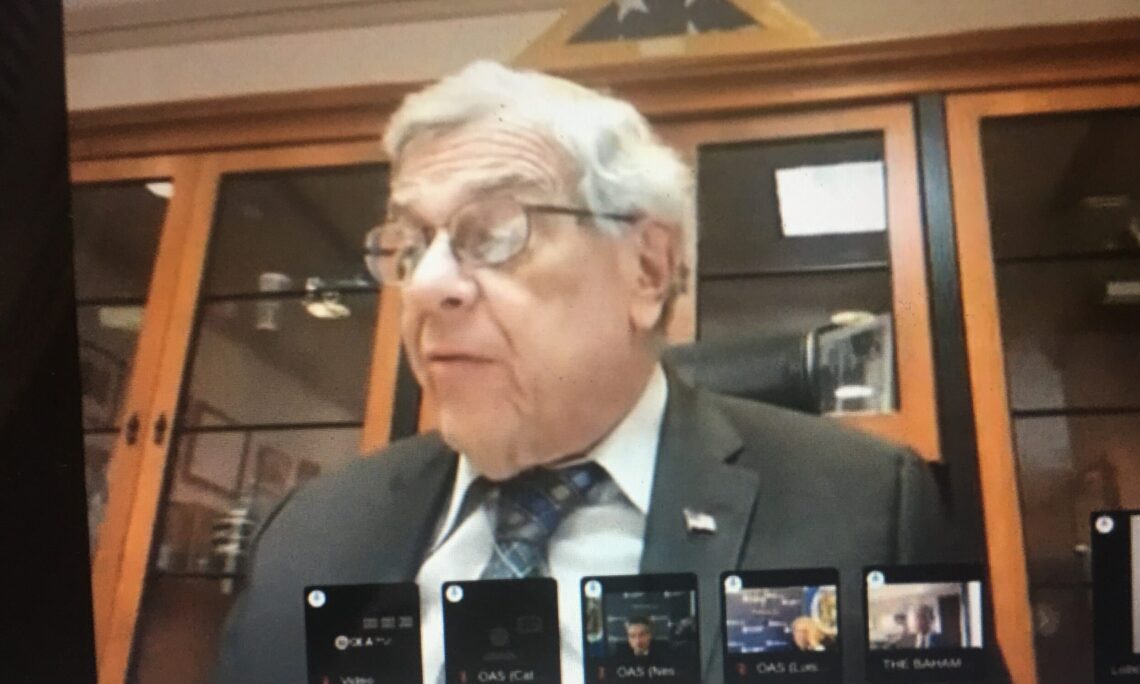 I am pleased to be here today on behalf of the United States to hear your insights and recommendations as we prepare to engage in the 50th regular session of the OAS General Assembly.

As host of the Ninth Summit of the Americas, the United States is committed to ensuring you have a voice in the Summit process and throughout the Inter-American system. As we each face the challenges posed by the COVID-19 pandemic, issues of resiliency are more pressing than ever.

These challenges require action by all. To this end, we must work together to pursue policies that facilitate greater economic opportunities and social inclusion for people in their own communities – while incentivizing businesses to sustain and create jobs as part of our region’s recovery.

To facilitate recovery, the benefits of integration and growth need to reach every person in each of our countries. For our part, the United States is working to advance initiatives with the goal of promoting inclusive prosperity and security. Job creation will be essential in the weeks and months to come.

Civil society organizations have a critical role to play in deepening inclusive growth and ensuring accountability. This is because effective mitigation of a public health crisis like COVID-19 requires government transparency, the full participation of civil society, and access to information. In particular, we know well that COVID-19 has disproportionately impacted women, and civil society is essential in making sure that women’s voices are heard in the democratic process.

Precisely because we recognize the critical role played by diverse social actors, the United States is concerned by the increasing number of restrictions placed on civil society organizations, along with moves to limit religious freedom, as well as the freedoms of expression, peaceful assembly and association.

Such restrictions are especially concerning since successful medical, political, and economic solutions to the COVID-19 pandemic require the contribution – not exclusion — of voices from across the spectrum of government, business, and civil society, including religious communities.

Venezuela and OAS Action
Nowhere are these concerns more pronounced than in Venezuela. We all have been alarmed by the dramatic political and humanitarian crisis, fueled by the Maduro regime’s deterioration of democratic rule, and its violations and abuses of human rights and fundamental freedoms.

Building on the ground-breaking work of the OAS panel of independent international experts designated by Secretary General Almagro, the United Nations Independent International Fact-Finding Mission on Venezuela just last month released a report that concluded there are reasonable grounds to believe crimes against humanity were committed in Venezuela, likely with the support of the Maduro regime and its top ministers.

Of special relevance to civil society, the report covered human rights abuses in the context of protests. It stated there were reasonable grounds to believe that recurring arbitrary detentions of demonstrators occurred in violation of their right to liberty and security– and many were killed thanks to the regime’s eschewing of international and national standards on the use of force.

This newest report represents an urgent call to action for our entire hemisphere. We must continue to engage here through the OAS, and other appropriate fora, to support justice for victims and compel the international community to act in support of needed change — as represented by the legitimate government of interim president Juan Guaido.

As neighbors and fellow citizens, we cannot stand by and watch the deepening economic misery of what was once one of our Hemisphere’s richest nations, nor ignore the blatant disregard for human rights and fundamental freedoms like the freedoms of expression, peaceful assembly, and association.

The United States believes strongly that this OAS General Assembly must take action in a way that is consistent with our shared values. The illegitimate Maduro regime’s unconstitutional governance and its human rights violations and abuses cannot continue.

Nicaragua and Cuba
In Nicaragua and Cuba, we have called upon those governments to respond to people’s demands for democratic reform and hold accountable those responsible for ongoing repression and violence. We seek what any democratic nation should want: the release of all individuals who have been arbitrarily or unlawfully detained, a return to democratic order, and free and fair elections.

In Cuba, the Castro dictatorship continues to harass, arrest and imprison human rights defenders who speak out against censorship and repression, or who voice opinions that differ from those of the regime. Cuba’s vibrant civil society is leading an inspiring fight against the tyranny of their government, but they require the support of international bodies like the OAS to hold the regime accountable for their actions.

In Nicaragua, the Ortega government’s refusal to take meaningful action on these issues has demonstrated unmistakable bad faith. It is now incumbent on us as the OAS to respond with concrete actions in support of free and fair elections before they are held in November 2021. One key element: the need for credible election observation, which remains a core OAS strength.

This is why the United States continues to support the work of the OAS elections department (DECO) and the Inter-American Commission on Human Rights. We again call upon the Nicaraguan government to implement fully the recommendations previously issued by OAS electoral observation missions and by the Human Rights Commission – and to permit these monitoring mechanisms to return to the country.

Pluralism and International Religious Freedom
In light of the new and various pressures many civil society organizations and social actors are facing in the Americas, the United States believes that it is imperative that our governments more effectively collaborate to engage public and private actors in pragmatic responses.

As a reflection of this commonly shared value, the United States is seeking through this Assembly to partner again this year with the OAS and member states committed to advancing freedom of conscience, religion or belief to confront persecution throughout the region.

Immediately after the OAS General Assembly, Colombia will host the First Hemispheric Forum on Freedom of Religion or Belief virtually on October 22-23. The forum will promote cooperation in the hemisphere, provide information on promoting religious freedom, and create a space to recognize and promote interfaith dialogue.

This builds on concerns noted in the OAS over the past year regarding attacks and restrictions on religious actors in Nicaragua and Cuba, designated by Secretary Pompeo as Special Watch List countries. It also builds on the International Religious Freedom or Belief Alliance, launched by the United States this year as a promotion and advocacy partnership with 31 member countries, including Brazil and Colombia.

Let me close by noting that, by working together, we can create more opportunities for people across the Americas in the months ahead –– and contribute to more prosperous economies and communities. As the OAS looks to the Ninth Summit of the Americas in the United States, I welcome the chance to hear from all of you on ways we can better engage on the most pressing issues facing our hemisphere, both here at the OAS and in the Summits process. Thank you.