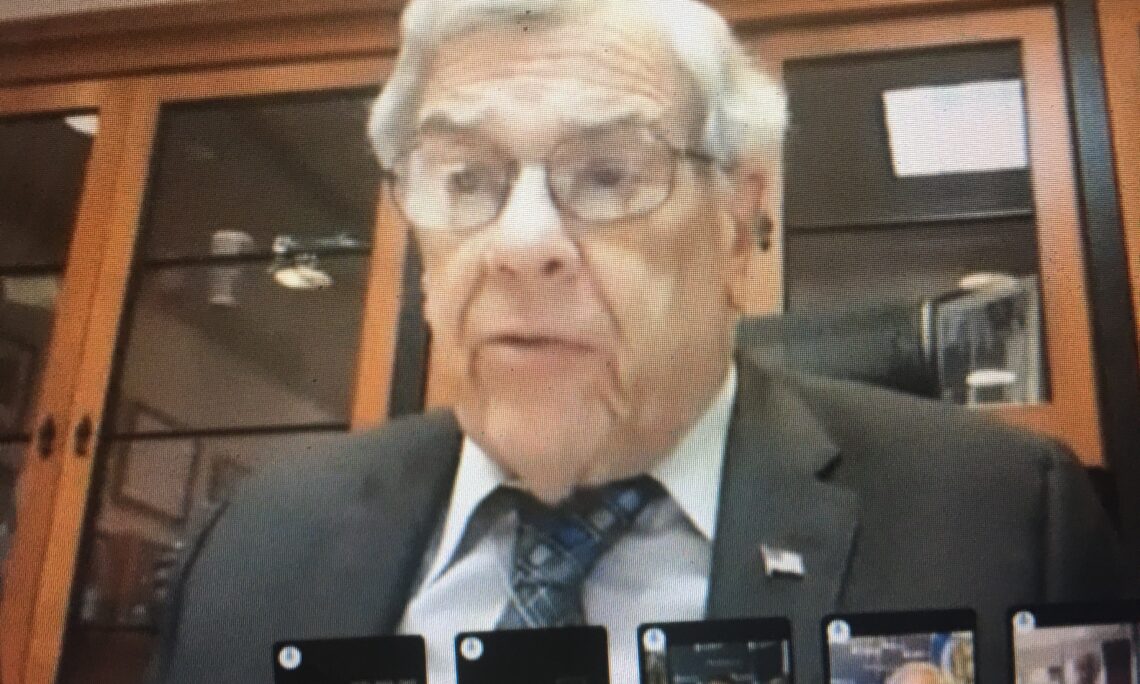 Good afternoon, and thank you for the invitation to share the U.S. perspective on the deepening political, economic, social, and humanitarian crisis that is wracking Venezuela.

Venezuela today is a shadow of its former self. Once a prosperous nation, today its people are suffering from the lack of everything: no food or water, electricity and gasoline shortages, and insufficient access to medical care and medicine to name a few.

These dire conditions are not the result of war or natural disaster. These are the results of an inept authoritarian leader systematically decimating Venezuela’s democratic institutions, economy, and infrastructure through misappropriation of state funds and the abuse of state power. Furthermore, as the UN Independent Fact-Finding Mission on Venezuela documented, the brutal Maduro regime also represses and tortures the Venezuelan people, targeting interim government officials, journalists, and anyone else who dares express a different opinion.

According to Maduro, Venezuela is a democratic country and he is their democratically elected president. We know this is not the case. Furthermore, he points to the sham December 6 parliamentary elections as evidence that democracy is alive and well in Venezuela.

The political fraud scheduled for December will in no way be free or fair.

• None of the political parties whose leadership was removed and their names, symbols, and assets stolen by the regime have been restored, including parties from the left that challenge the regime’s control of Chavez’s political legacy.

• Many political opponents of the regime are still prohibited from running for office and remain without political rights.

• The illegally appointed National Electoral Commission remains under tight regime control, a fact that will become critical because complex voter registration processes are in its hands.

• Freedom of assembly does not exist.

The condition of democracy in Venezuela remains dire. The National Assembly is the only legitimately elected democratic institution remaining in Venezuela, and the only branch of government not controlled by the illegitimate regime.

Maduro stole the presidential election in 2018. We must not allow him to improve his situation legally or practically by stealing yet another corrupt and fraudulent election in 2020.

We urge you to recognize the democratically elected National Assembly and the Interim President until free and fair parliamentary and presidential elections are held because no legitimately elected legislature or president will have been chosen by Venezuelan voters to take their place.

The United States has been doing its part to make the world aware of these issues. We appreciate the collaboration of our colleagues and their countries to hold OAS Permanent Council meetings featuring the UN Fact Finding Mission, and election experts describing how free and fair elections are simply impossible right now in Venezuela. We are working with you on a strong resolution at the OAS General Assembly condemning the actions of the illegitimate Maduro regime undermining democracy, violating the separation of powers, and usurping the only democratic institution left in Venezuela, the National Assembly. We have also been engaging bilaterally throughout the world so that all freedom loving countries understand the breakdown of the democratic order in Venezuela, and the true extent of the humanitarian nightmare and the violations of human rights.

Just as the breakdown of democracy is a cause of the current crisis, the peaceful restoration of democracy is an essential part of the solution. It was with this premise that in March of this year the United States proposed the Democratic Transition Framework.

We believe that the Democratic Transition Framework protects the interests and equities of all Venezuelans across the political spectrum and provides a path that ends the suffering and opens the path to a brighter future for Venezuela. The Joint Statement on Support for Democratic Change in Venezuela, signed by over 34 countries, including nearly all Lima Group members, endorses an inclusive transitional government that will lead Venezuela into free and fair presidential elections.

I’d like to take a moment to recall the OAS statement released by Secretary General Almagro:
“Therefore, the OAS General Secretariat considers that the plan presented constitutes a valid proposal for a path to end the usurping dictatorship and restore democracy in the country. The path proposed in the State Department’s plan today deserves the support of all those who are fighting for free and transparent elections in Venezuela, according to the standards of the Inter-American Democratic Charter, and with international observation, including the OAS.”

We have been asked, why is this any different than any other numerous attempts at dialogue to end this crisis? The difference is that our proposal does not include Maduro. As we can see from his undermining democracy, committing massive human rights violations, or setting up fraudulent elections, he is simply not a partner that will ever agree to free and fair democratic elections. On this point we hold firm. No amount of dialogue will ever succeed if one side is determined to sabotage the process. On other issues, we are happy to constructively negotiate to find the best way forward.

We have also been asked, why will it work this time? In our view, the crisis in Venezuela has gotten so bad that we believe that social and political actors across Venezuela, except for Maduro, are looking for a way out. They can see that there isn’t any future with Maduro. The terrible results of all of Maduro’s incompetence and corruption are plain for all to see. We believe that this is the time that things will move.

Finally, we are asked, but what can we do? The international community has a critical role to play, increasing our regional diplomatic pressure against the Maduro regime to press for change. We also must defend and protect as much as we can the brave patriots inside Venezuela, everyone from interim President Juan Guaidó to the journalists and protestors who are all fighting for change. We must press for change, and protection of domestic actors seeking democracy, both with Maduro, but also his enablers, countries such as Russia, Iran, Cuba and China. These countries, particularly Cuba, are the key to keeping Maduro in power. They must also bear accountability for his crimes and failures.

Finally, thank you once again to Colombia, especially Foreign Minister Blum for sponsoring and organizing discussion how to move forward toward a democratic and prosperous Venezuela.