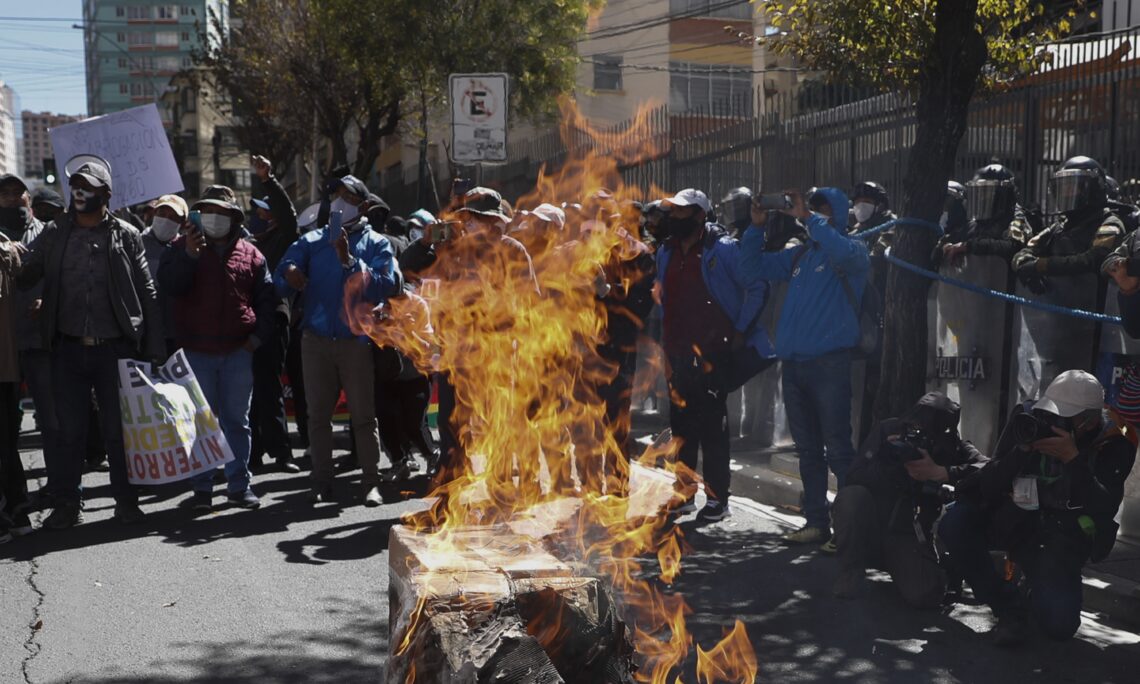 On August 6, 2020, the OAS Secretariat condemned the blockade of trucks with medical supplies - including oxygen tankers and ambulances - to fight the COVID-19 pandemic by groups of protesters supporters of the MAS party and Evo Morales.

It is important to recall how we arrived at these elections. Bolivia originally held Presidential elections in October 2019, which were characterized by systemic and massive election fraud. The OAS, in one of its finest hours, had two separate elections teams that observed and documented the election fraud. Faced with massive protests, and proof of the election fraud, former President Morales resigned and fled the country.

A transitional government was established, and an election date was set with the agreement of all political parties, including former President Morales’ party, which controls the legislature. Since then, Bolivia has suffered from the global coronavirus pandemic, and the Bolivian electoral tribunal has had to delay elections until October 18.

The current election crisis is occurring because former President Evo Morales, from exile, is calling for elections on September 6, and has called out demonstrators to support his demand.

When we look at events in Bolivia, let us remember who is who. Former President Morales is in exile, trying to regain power that he lost when massive election fraud was exposed. The government of Bolivia is trying to set a date on which an election can be safely held during a pandemic. It does not appear that former President Morales worries about the health risks of a September 6 election; instead, it would appear that he is simply intent on causing disruption that he believes will aid his return to power.

Mr. Chair, like so many other countries, Bolivia is suffering from the global pandemic. Its electoral authorities are seeking to schedule an election, which involves many people gathering and voting in the midst of this pandemic.

Many OAS member states like to talk about the importance of non-interference in internal affairs. In this case, we should defer to the Bolivian electoral authorities with regard to when they can safely schedule the election. After all, this is not a question of indefinitely postponing the election or trying to avoid one. In fact, they are simply delaying the election for a month. This a reasonable decision by the legitimate Bolivian electoral authorities, and we see no reason to second guess this decision.

Mr. Chair, the United States and the OAS have a record of insisting that elections are held, that they are conducted freely and fairly, and that OAS nations must respect the will of the people. We will insist that Bolivia is held to the same standard. What we will not do is give aid and comfort to attempts to disrupt the democratic process in Bolivia.

The United States condemns intimidation and blockades during this electoral process. Such actions by any political actor have no place in democracy.

In this case, the current campaign of blockades not only threatens democracy, it threatens the health and welfare of the Bolivian people. Former President Morales’s call for blockades is preventing food and medical supplies from reaching fellow Bolivians who desperately need this help. This interference in the welfare and health of the people is unacceptable and must cease.

In sum, we strongly support free and fair elections in Bolivia, with international observers, in which the Bolivian people can chose their President and legislature. These elections should occur as soon as the health situation permits. We urge other OAS member states to do the same.

We reiterate our call on all Bolivian actors to work through the country’s democratic institutions to resolve any differences ahead of the election, and to avoid instigating conflict that only serves to deepen divisions among Bolivians.

The world is watching Bolivia’s institutions and leaders of all parties to ensure the voice and will of the Bolivian people are honored peacefully and democratically.