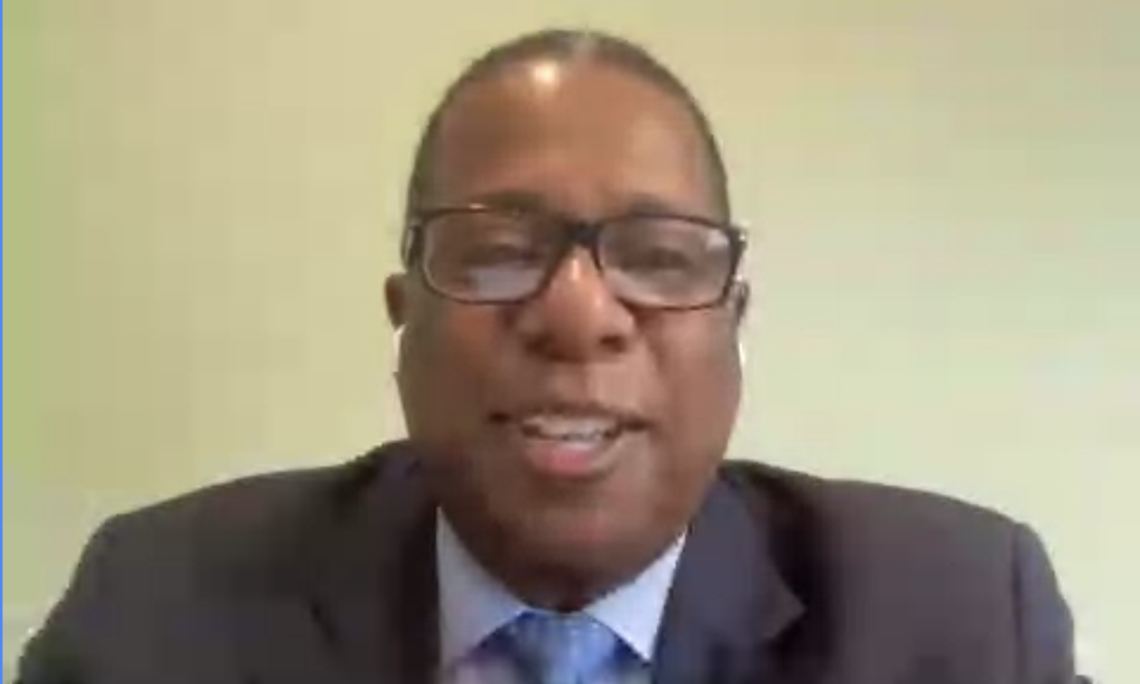 Chair of the Permanent Council (and good friend) Ambassador Harold Forsyth, Secretary General Dr. Luis Almagro, Assistant Secretary Mendez, Distinguished Colleagues, Permanent Representatives, I would like to thank Peru for organizing this very important meeting today.  I am honored to participate as my first public event as Assistant Secretary of State for Western Hemisphere Affairs.

Twenty years ago, our nations resolved that the Americas will be guided by the principles of democracy, that sovereignty resides in the people, that the rule of law must defend individual liberty, that human rights are to be enjoyed by all, that economic freedom promotes prosperity that can lift millions out of poverty, and that political and economic freedoms are the instruments of lasting peace.

Our nations resolved to work together to put these principles into practice.  In many countries, we have watched free and fair elections, supported by electoral observation missions.  We have defended independent civil society activists and journalists, and watched individuals enjoy equality under the law.  However, democracy is fragile.  Twenty years later, we see democracy under attack.  In many countries we see the erosion of democratic institutions, and in some countries in the Americas, some people have never actually experienced democracy.

In the last decade, the region has seen laws, imported from elsewhere, enacted to remove safeguards that prevent governments from abusing their power.  We have seen private citizens jailed for exercising their rights to free speech; for exercising their right to criticize the government in power.  We have seen families, civil society organizations, and individuals attacked because they posed political impediments to the exercise of unchecked government power.

We have also seen the separation of powers and independence of branches of government called for in the Democratic Charter challenged, undermined, and subverted by executive authority.  We have seen constitutionally enacted term limits removed to favor incumbents in power.  These actions undermine not only the Inter-American Democratic Charter but all that the OAS represents.

The Inter-American Democratic Charter establishes democracy as nothing less than the foundation upon which together we will build the future.  It is now for all of us—citizens, governments, and institutions together—to put the Charter’s empowering provisions to work for the ordinary men and women of this hemisphere.  Genuine democracy protects all citizens, especially the most vulnerable.

My government’s strong support for the Inter-American Democratic Charter and our ongoing efforts to work with our hemispheric partners on issues affecting us all underscore the dynamic community that exists among our governments and peoples.

Because we share fundamental values and important responsibilities, it is possible for us to achieve substantial results through multilateral cooperation, but we must be firm in our convictions if the Charter’s principles mean anything.

The adoption of the Charter represented multilateralism at its finest, but we must see our commitment through for the next 20 years and beyond, even if the decisions are difficult.  It is the OAS and our solidarity that resonates throughout this hemisphere because it reflects the needs and hopes of our peoples and the shared goals of the countries of our region.

But we must have the courage to act in this body, invoke the Charter when the circumstances warrant it, and press that we take the principles of the Charter seriously.  When a government jails presidential candidates and cancels the registration of the only genuine opposition party, that is not consistent with the principles we share under the Inter-American Democratic Charter.

These are the times when our voice matters most, especially when those in Nicaragua are living in fear and are looking to us for solidarity and hope, and for a signal that repression of this kind cannot occur with impunity.  The Ortega-Murillo government is using several Russian-inspired laws to justify its repression; laws that are totally inconsistent with the founding principles of this Organization and the Inter-American Democratic Charter.

We must hold the Ortega-Murillo government accountable for undermining democracy and the human rights of those attempting to exercise their freedoms in Nicaragua.

In Cuba, the world watched Cuban authorities arrest and beat peaceful protesters, journalists, and independent voices for merely exercising their human rights to freedom of expression and peaceful assembly and for demanding freedom.  We join their families, Cuba’s human rights defenders, and people around the world in calling for the immediate release of all those unjustly detained.

But problems are not just in countries like Cuba and Nicaragua, authoritarianism and nationalism are on the rise around the world regardless of ideology.  Governments are becoming less transparent and have lost the trust of the people.  Elections are increasingly flashpoints for violence.  Corruption is growing.  And the pandemic has accelerated many of these trends.  The Charter is our baseline to push back against these forces.

The Democratic Charter reflects the will of all the peoples of the Americas who care about the future of our hemisphere.  It is the fulfillment of the promise that our heads of state made to our peoples at the Summit of the Americas in Quebec in 2001.

When the United States hosts the Ninth Summit of the Americas in 2022, we will continue to advocate for fulfilling the promise that all “the peoples of the Americas have a right to democracy and their governments have an obligation to promote and defend it.”

It is a response to the demands of all of our peoples that they be assured a voice in shaping their destinies; that they have the means to hold their political leaders and institutions to account; and that they have the opportunities, resources, and security to claim their right to personal and civic freedom—what the Founding Fathers of my own country called “the inalienable right to life, liberty, and the pursuit of happiness.”

Indeed, protecting and securing these fundamental rights has been a primary task of the OAS since our governments committed in 1948 to making the Americas a “land of liberty.”

Working together in a transparent manner and with political will, we must continue to act under the Democratic Charter to strengthen democratic institutions and ensure that the benefits of democracy are tangible for all sectors of our Hemisphere’s population – particularly the poor and marginalized.

This list of the attributes of a democratic society is, of course, not exhaustive.  But they are all related; one to the other.  They also are clearly stated in Chapter One of the Charter, which itself serves as the frame for today’s discussion.

Colleagues, the United States has given much thought to mechanisms that could assist the democracies of our hemisphere to grow stronger on their own terms.  We have observed many ways in which the objective of supporting democratic governance might be advanced in a practical, constructive way — within the framework of the Democratic Charter, and respectful of member state sovereignty.

For our part, we also aim to uphold the principles of the Charter.  The United States knows from our own experience that democracy is more than just voting.  Democracy is to uphold the will of the people, to support democratic institutions, respect human rights.  We know marginalized people feel underrepresented.  We have seen and witnessed this in the United States as protests unfolded in cities across our country.

These events bring to our work a seriousness of purpose and urgency to contain the pandemic, deliver economic relief to tens of millions of Americans, and advance racial justice and equity across the board in health care, education, housing, our economy,  environment,  justice system, and in  electoral process.  We do so not only because it is the right thing to do but because it is the smart thing to do and benefits all of us in this nation.  These are how democracies support the will of the people.

Shoring up our democracy is a foreign policy imperative for the United States and the Charter is our guide in the Americas.  Strong democracies are more stable, more open, better partners to each other, more committed to human rights, less prone to conflict, and more dependable markets for our goods and services.  When democracies are weak, governments can’t deliver for their people or a country becomes so polarized that it’s hard for anything to get done, they become more vulnerable to extremist movements from the inside and to interference from the outside.

The more we and other democracies in this (virtual) room can show the world that we can deliver, not only for our people, but also for each other, the more we can refute the lie authoritarian countries love to tell, that theirs is the better way to meet people’s fundamental needs and hopes.  It’s on us to prove them wrong.

Colleagues, today, we — as OAS member states — have an important opportunity before us as we begin to contemplate the successes and challenges of effectively implementing the Inter-American Democratic Charter, a full 20 years after it was adopted and at a time when democracy is under attack in our region.

It is up to us to commit ourselves to deepening this ongoing dialogue and move forward with a concrete, timely and effective course of action — to make the Charter’s promise a tangible reality for the Americas’ citizens and fight back against repression and authoritarian regimes.

Thank you and I look forward to working with you to advance our shared values.