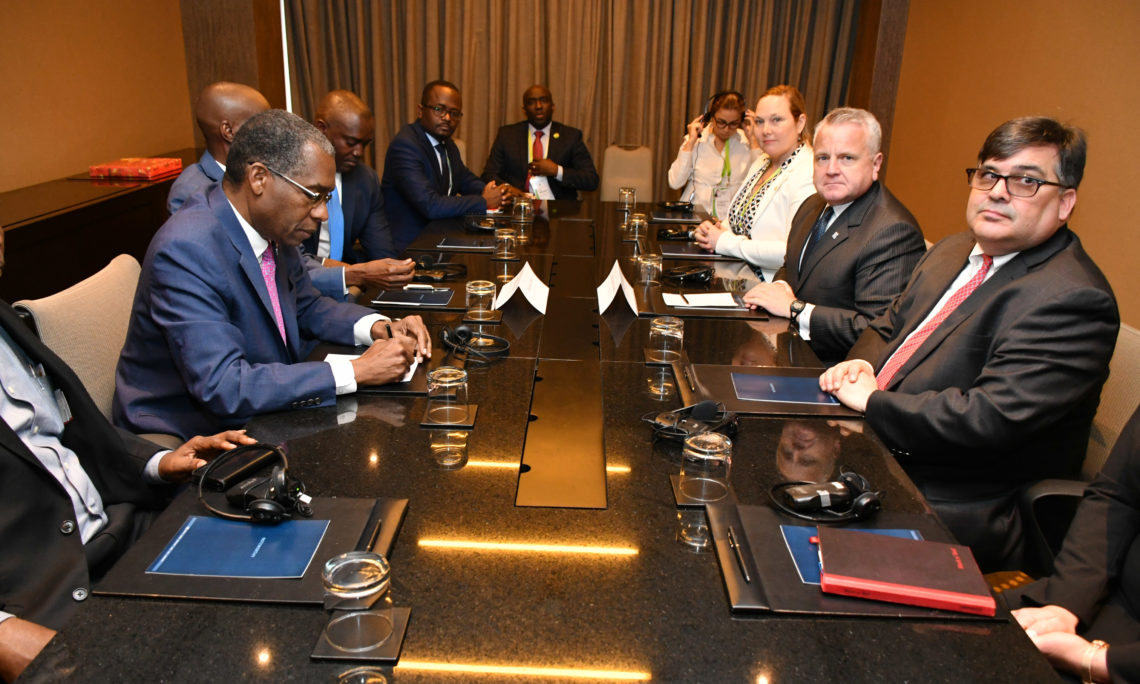 Acting Secretary of State John J. Sullivan met with Haitian President Jovenel Moise on April 13, 2018 on the margins of the Summit of the Americas in Lima, Peru to discuss security and economic growth in Haiti, as well as democracy in the region.

The two leaders agreed that Haiti and its partners should increase efforts to improve the investment climate in Haiti to create jobs for Haitians and increase economic prosperity.